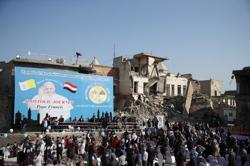 Since the law does not deal with the root causes of crimes, prevention should come from inculcation of ethics and education.

THE tragedy that befell one of the tahfiz recently was heart-wrenching. It was equally tragic that the suspected perpetrators are all juveniles.

Whatever the results of the ongoing police investigations, the incident has certainly left us brooding over what has happened to the quality of ethics among our young generation and over what should be the urgent solution.

Ethical problems among youths are often underestimated. It is only when an ethical problem rears its ugly head and transforms into a criminal problem that we realise these are serious concerns.

When the crimes committed are fatal, the immediate response by many is to impose severe punishment on those convicted to ensure that justice is served, and as a deterrent to any potential criminals in future.

Despite its important role, the law has some discrepancies, especially in solving ethical problems. First, the law deals more with limitations and consequently, the punishment meted out for the guilty.

Hence, the law does not deal with the root of the problem. A person who is bad will always look at the law as his enemy and will always find ways to escape from it, particularly when there are loopholes in its implementation.

Secondly, the law does not cater for the reward of human action. A person who goes against any law will face punishment, but one who abides by the law is not given any explicit reward for doing so. Simply meting out severe punishments to offenders will not necessarily lead to the inculcation of good ethical conduct.

Thirdly, compared to ethics, the law is external to a person. It will always be seen as an extraneous imposition and limitation on someone’s conduct and behaviour rather than coming from within and with his own will.

It is important to find solutions that will not only complement the law, but also tackle the root of the problem. The more proactive and long-term strategy is through ethical means and education.

Ethics and education, compared to law, are more internal in ap­­proach – moulding human beha­viour through inculcating good virtues. In the Islamic tradition, the word used to denote ethics is akhlaq (derived from the word khalaqa, “to create”).

Ethics is also about the habituation of someone’s behaviour towards doing good actions based on one’s understanding about the principles of good and bad. It is about developing the second nature within oneself.

This is done through continuous suppression of the elements of vice within and outside the human being.

And since akhlaq is an attempt to inculcate good virtues towards being part of human nature, it cannot be accomplished within a short period of time. Rather, it needs to be developed gradually within someone’s self through self-discipline.

This is where serious religious and ethical education plays a tremendous role. The education system should explicitly make producing ethical human beings its highest aim, rather than only emphasising the cognitive aspect of human development.

How ironic it is that an educational system can produce human beings who can memorise and understand good theories, yet fail to translate them into ethical action.

Far from denying the importance of fulfilling the pragmatic objectives of the nation’s development, education must first and foremost aim to strengthen the ethical and religious objectives that will contribute extensively to the internal development of the human being.

In the current world full of extre­mism, the notion of balance is highly important.

Ethics implies the stable and balanced condition of the soul which will lead to good behaviour. In order to do that, the main elements of the human internal self must be properly balanced.

Great Muslim scholars such as al-Ghazali, Ibn Miskawayh and al-Razi explained that a balanced soul which produced good virtues in human behaviour resulted from a just and proper treatment of three important elements of the human self – namely the faculty of reason, anger and desire (shahwah).

When reason is treated properly, it will manifest the virtue of wisdom: the mind can put information in its proper place and knows the limits of truth.

This will later lead to good actions based on proper wisdom.

When anger is justly positioned, it will lead to the virtue of courage: anger will only be manifested when it is really needed.

Hence, people of courage do not resort to brutal and aggressive actions but a more sober and patient response.

Indeed, this is what Prophet Muhammad referred to when he said, “The most courageous person is the one who can control himself when he is angry.”

Finally, when the faculty of desire is properly positioned, it will lead to the virtue of temperance in which the human soul is properly curbed. This is done through the control of sexual desire and food.

Hence, Islam encourages fasting as an important way to control desire and introduces the proper institution of marriage.

All the three cardinal virtues – wisdom, courage and temperance – are the reflection of a just and balanced character, which are extremely needed in the present young generation in order to prevent another tragedy from happening in the future.

Dr Mohd Farid Mohd Shahran is director of Ikim’s Centre for Study of Syariah, Law and Politics. The views expressed here are entirely the writer’s own.