Nature of man, work, and happiness

The right worldview sees everything in its proper place, as a condition of justice.

IN the pre-modern world, the Muslim attitude towards and understanding of work, a career or an economic pursuit, and its purpose and criteria for success, was dependent on the metaphysical conception of man and happiness in Islam.

Abandoning such an understan­ding would entail great practical repercussions: the economic pursuit would put man, his society and the environment in a state of disorder, as opposed to the harmonious condition which we call justice (‘adl).

The nature of man (insan, progeny of Adam) understood from the worldview of Islam is that he is both physical and spiritual (possesses a soul or ruh), in which the physical is embedded and serves the spiritual.

This understanding of human nature is part and parcel of a metaphysical worldview that regards the proper places of things in the order of reality as a condition of justice.

With regards to man, to be just to himself means allowing the rational soul (al-nafs al-natiqah) to rule over the animal soul (al-nafs al-hayawa­niyyah) within one’s self to arrive at his original state (fitrah) in which he made a primordial covenant with his Creator (Holy Quran, 7: 172).

So, for instance, if one blames a subordinate for one’s own mistakes, it is in reality one’s failure to let the rational soul rule over the animal soul.

The implication of such an understanding of human nature is that the meaning of happiness is linked to a certain state of the soul (as indicated in the Quranic term al-sa’adah) that arrives at tranquillity (nafs al-mutmainnah) – achieved through the right kind of knowledge, spiritual discipline and moral excellence.

This means, for example, even if a Muslim performs all the obligatory worship, yet prefers to avoid his own work responsibilities and instead lies, cheats and manipulates others just to ascend the corporate ladder, he is in fact causing injustice to himself by betraying his soul’s covenant with God and will not experience this deeper degree of happiness.

Within this framework, man true to his nature (fitrah) would voluntarily limit his material desire through the inculcation of adab (right action) or cultivation of virtues to achieve happiness.

This is in contradiction to the psychological assumption of modern economics, for instance, wherein man has “unlimited wants”, which assumes that man is restricted to his physical self and materialistic ambition without any higher spiritual aspiration, and he lives only to realise his immediate sen­sual bodily desires.

It is not necessary, for instance, for a Muslim to covet luxury goods but instead he should allocate any surplus wealth to meet the pressing needs of family or the community.

Thus, traditionally in pre-modern Muslim societies, most work was expressions of such an understan­ding of man and happiness, whose aim was to realise the spiritual directive to overcome the self, to seek one’s perfection and closeness to God rather than simply to seek worldly gain – basically leading a life as per the statement of Prophet Muhammad: “Love for others what you love for yourself.”

This was the rationale for the Muslims’ classification of pursuing knowledge into the Fard Ayn (individual obligation) and Fard Kifayah (communal obligation), which not only reflects the dual nature of man, but also ensures a harmo­nious condition in the world whereby each human – as a custodian of God in this world (khalifah) – will be able to cooperate towards fulfilling the needs of the community instead of merely fulfilling his personal needs and interests.

A truly educated Muslim would not merely pursue work or a profession just for the sake of earning a higher income, but would take into account whether it would enhance the common good in the community, heeding the prophetic wisdom: “The best of work is that which brings most benefit to people.”

A true Muslim scholar would, for instance, opt to work at a place that could give him the best opportunity to clarify confusion in the community. There should not exist a dicho­tomy between doing good and earning a living.

Therefore, the proper way of thinking with regard to work, a career or an economic pursuit should be by way of questioning: what can I do to return the trust given by God, in order to restore things to their proper places?

Or: how can I be part of the solution to the problems in my community with whatever gifts (either in terms of potential, wealth or status) God has granted me? Or: how can my pursuit of personal good enhance the common good?

Such a line of thinking serves to not only address a host of economic, financial and organisational issues emerging from modern assumptions about man and happiness, but more importantly serves to make man realise his need to liberate himself from his animalistic self and be true to his self which covenanted with God.

By so doing, he will realise his higher and truer spiritual aspiration, in which he finds his true self and place in the larger order of creation and being, and ultimately returns to his ontological point of origin.

To return to such a praiseworthy line of thinking and acting, which would have positive implications for the way we understand and organise our economy, the most urgent task is to develop a critical mass of educated Muslims with a grasp of the metaphysical worldview of Islam.

This worldview was exemplified in the works of past Muslim metaphysicians such as Persian theolo­gian Imam Abu Hamid al-Ghazzali and rearticulated, for instance, in the works of contemporary Muslim thinker, Tan Sri Prof Dr Syed Muhammad Naquib al-Attas, such as his Meaning and Experience of Happiness in Islam, Nature of Man and the Psychology of Human Soul and On Justice and the Nature of Man.

Muhammad Syafiq Borhannuddin is Senior Research Officer with Ikim’s Centre for Economics and Social Studies. The views expressed here are entirely the writer’s own. 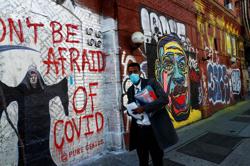