MPs left in a state of confusion and anger 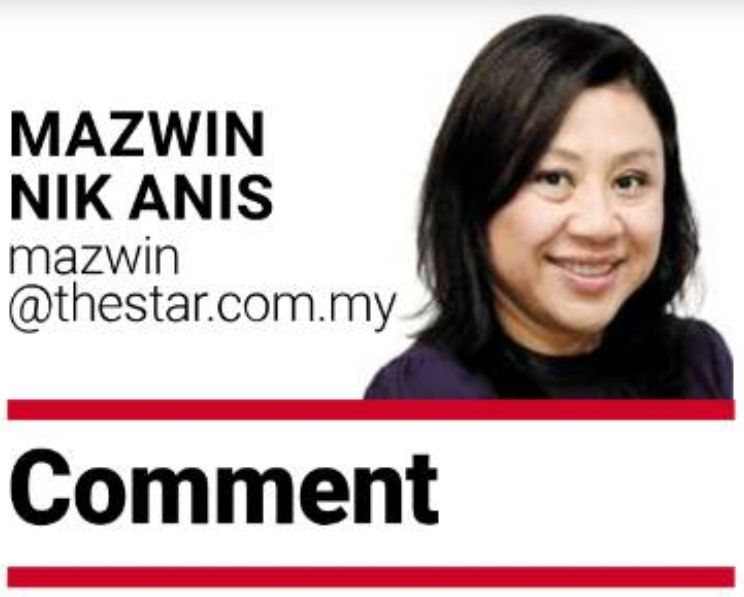 mazwinIT WAS not quite the Sheraton Move where a government was toppled but two meetings at Seri Pacific Hotel Kuala Lumpur certainly created plenty of confusion.

It was further heightened when a reporter tweeted that 30 Barisan MPs were meeting Pakatan Harapan chairman Datuk Seri Anwar Ibrahim at the same hotel.

After Ahmad Zahid spoke to the media, he was said to have called Barisan MPs to an adjoining room where Pakatan lawmakers were waiting.

Pictures of the “meeting” immediately rocked social media and triggered Barisan supporters, more so from Umno.

But what they did not know was that the meeting with Pakatan had also shocked and confused Barisan lawmakers, who assumed the meeting was just among them to explore possibilities.

Caretaker Prime Minister Datuk Seri Ismail Sabri Yaakob was said to have been shocked to be ushered into a room full of Pakatan leaders.

“He was clearly uncomfortable with the situation and from his body language, one can see that he really wanted to scurry away. The only one who looked jovial was perhaps Ahmad Zahid,” claimed a source who witnessed the situation.Umno deputy president Datuk Seri Mohamad Hasan was said to have given the so-called meeting the slip upon realising that the room was packed with Pakatan MPs.

This probably explains why photos that went viral did not have the newly-elected Rembau MP in it.

At the Barisan MPs meeting, MIC deputy president Datuk Seri M. Saravanan apparently blew his top, demanding that Ahmad Zahid explain why his party was not informed of the Barisan-Pakatan discussions.

MCA president Datuk Seri Dr Wee Ka Siong also said he was surprised by the meeting when he came out.

According to sources, Ahmad Zahid only muttered “okay, okay” in response to Saravanan’s angry rants. The latter was also said to have threatened to yank his party out of Barisan.

It is clear that none, or probably only a handful, of Barisan MPs knew that Pakatan leaders would be there.

Even the media members were left confused as they had expected it to be an announcement of a pact to form the Federal Government but were instead left to deal with one press conference after another, with no definite answer in sight.

The sight of Julau MP and Parti Bangsa Malaysia president Datuk Larry Sng added to the confusion – his party is neither with Barisan nor Pakatan, so what was he doing there?

Whether the much talked about Barisan-Pakatan pact to form the Federal Government will materialise remains to be seen but what is certain is that cracks have begun to appear in Umno.

Word has it that Umno leaders and members are split over the issue, understandably so, as working with Pakatan is practically unheard of pre-GE15.

Sembrong MP Datuk Seri Hishammuddin Hussein has declared that he is willing to be sacked from Umno for going against cooperating with Pakatan, and he also rejects supporting Anwar as prime minister candidate.

A screenshot of what is believed to be Ismail Sabri’s conversation with several Umno leaders has been circulating, in which he said that he was willing to be sacked and was adamant about not aligning with Pakatan.

The Umno vice-president spent the day soothing ruffled feathers within Umno grassroots, including those from his Bera constituency.

“He (Ismail Sabri) received many Whatsapp messages demanding clarification on the so-called meeting.

“There were also messages asking him if there was a need to start shutting down branches,” said a source, adding that this pointed to the fact that any collaboration with Pakatan would not go down well with Umno grassroots.

So, what is the alternative for Barisan and Umno? Should it collaborate with Perikatan, Pakatan or become the Opposition? Several Umno leaders believe the third option is the best.

Umno supreme council member Datuk Armand Azha Abu Hanifah is among the leaders who is convinced that Barisan is better off as Opposition.

“We have to accept the people’s decision of not wanting us to be the government. Also, with our experience, Barisan can be an effective Opposition.

“Furthermore, Umno has decided that there should be no cooperation with DAP and Anwar,” he said.

As for working with Bersatu, a component party in Perikatan, Armand pointed out that like Umno, both parties are fighting for support from the same pool of voters – the Malays – hence a collaboration would not serve the purpose.

“The best thing for Barisan now is to become the Opposition and in the next five years, work to strengthen the coalition and Umno and win back the people’s trust.

“Let Pakatan and Perikatan figure out how to get the majority (and form the government),” Armand added.

“Becoming the Opposition is an alternative worth considering in light of the rift that has been caused because of a possible alliance with Pakatan,” he said.

He also pointed out that Barisan was the Opposition after GE14 and he was of the opinion that the coalition did rather well in that role.

Barisan is expected to decide by today if the bloc wants to be a part of any electoral pact. But in politics, 24 hours is a long time and anything can happen in the mean time.

Necessary changes for a better M’sia
Reform and restore the glory of Malaysian athletics
Adhere to the Malay Rulers’s call, stop fanning racial and religious hate
A political formula to neutralise hatemongering
How much is that MP in the Dewan?
Post-GE15 challenges and opportunities
Malaysia and the digital economy
Zahid eyeing DPM post
Clearing the cancer doubts before the snip
Let’s give this unity government a good try