The horrors of the 996 work system

THE Chinese are known as one of the most hardworking races in the world, but there is always a limit to everything.

The unreasonable working schedule of 996 has made many people shout “enough!”, calling for a stop to the notorious practice.

The numbers “996” indicate the mandatory working hours from 9am to 9pm, six days a week, and many without overtime pay.

What started as a “voluntary basis” several years ago has become a “corporate culture” in the informa­tion technology (IT) and high­-tec­h­nology industries, with some companies making such rules mandatory.

Employees who adhere to this punishing schedule have been teased as “eating lesser than a pig, working harder than a cow, sleeping later than a dog and getting up before a rooster”.

Started by a group of web developers, who protested against the system, the moniker indicates that the practice will put one at risk of ending up in an intensive care unit.

They have listed big names, including Huawei, Jingdong (JD.com), Haier, Tencent, Xiao Mi, Baidu and Alibaba, in the blacklist, among nearly 100 corporations.

The page – which once shot up to the top three most popular topics on the site – was soon blocked on multiple platforms, including messaging tool WeChat and UC Browser, according to China Daily.

“When it is compulsory to do overtime, that means I cannot go home even though I have finished my work and this is a waste of time,” complained a netizen.

China’s labour law states that a per­son should not exceed eight hou­rs of work a day or 44 hours a week.

Under special circumstances, bosses can request for their staff to stay back but for a duration of not more than three hours a day or 36 hours a month, as long as their health permits. This means an employee should only work for a total of 212 hours a month.

But under the 996 phenomenon, one would spend a monthly 288 hours at work – an extra time of 76 hours or more than three days.

This has exceeded what is allowed in the law, which also states that an employee should be paid accordingly for every extra hour.

The intense competition in the labour market has silenced many people in the field.

“My company has set the 996 system on a ‘voluntary basis’ but if we do not follow, we will be judged as having low productivity.

“Any complaints will be reflected in our appraisals, giving the company an excuse to sack us for not performing,” said a programmer, who declined to be named.

There are many ways to guess a person’s profession, and going bald is a sign for those in web development and programming fields.

“Fewer than 10 people in the lift and four are bald. The shinning heads make me laugh,” Qian Xiao­qun, a fresh graduate, wrote on an Internet post.

Adding salt to the wounds of Net workers, big bosses, including Jack Ma of Alibaba and Richard Liu from JD.com, have come out in defence of the work routine.

Ma emphasised that only those who had the passion can stick to the 996 work system, adding that the company did not need people who aimed for the typical eight-hour office lifestyle.

But many people are of the view that it isn’t so much about the long working hours, but more of the fact that they are not getting the pay they deserve for all their hard work.

Some criticised these prominent entrepreneurs who claim that long working hours are part of their success stories, saying the bosses worked for themselves and this contributed to their growing wealth.

“But as employees, we get nothing, not even overtime pay but deteriorating health and the blame from families or lovers for not spending enough time with them,” they wrote.

One of the reasons artificial intelligence is created is to ease the burdens of human beings, making life easier and enjoyable.

But why is it that everyone seems to be busier than before?

Those in the IT industry may be earning a handsome 200,000 yuan (RM124,000) a year but due to the long working hours their hourly pay could be lower than 50 yuan (RM31), almost the same as an office executive who works from 9am to 5pm. The government has yet to respond to this abuse, which has indirectly violated the labour law.

I believe that no one is able to perform his or her task well with a tired mind or under stress.

On top of that, the 996 system can lead to social problems such as low birth rates due to late marriage, high divorce and problem kids as parents spend less time supervising them.

Last year, China’s population growth rate hit the lowest level in decades with only 15.23 million babies born, a drop of two million compared to 17.23 million in 2017.

One of the main factors was the shrinking number of fertile women due to late marriages.

Experts have called for a serious look into this as the country strives to counter problems like ageing and a dwindling workforce in the future. 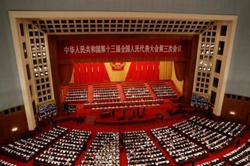 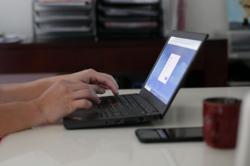