TUN Dr Mahathir Mohamad ma­­naged to take a breather last weekend. He seemed to be in a light-hearted mood after watching a preview of a documentary on the May 9 election that returned him to power for a second time.

On Saturday, he was at the engagement of his granddaughter Ally Mukhriz, whose Instagram shows her to be an intelligent and fashionable young woman.

There are endless whispers about his health but he has been looking rather fit of late and as some of those around him put it, he has been “in fighting form”.

They are probably referring to his verbal sparring with the Johor palace over the mentri besar issue which Malaysians have been avidly watching.

In fact, there were fears among some Pakatan Harapan leaders that it would precipitate another constitutional crisis. But the smooth transition from Datuk Osman Sapian to the tall and handsome Dr Sahruddin Jamal put such fears to rest.

Even more surprising was the swift consent from Sultan Ibrahim Ibni Almarhum Sultan Iskandar on the change.

The Sultan returned from overseas on Friday, accepted Osman’s resignation the next morning, agreed to the replacement later in the day and Dr Sahruddin was sworn in the following day.

But, is there another storm brewing on the horizon over the state exco reshuffle that the palace is asking of the new mentri besar?

The Johor media had been told that the reshuffle would be known by Friday or Saturday.

Tan Hong Ping, the state exco member for Local Government, Science and Technology, had also told some reporters that his party had informed him he had to go.

But the reshuffle issue has gone all quiet, with reporters reaching dead ends wherever they looked.

Meanwhile, speculation has be­­gun of yet another tug-of-war between Putrajaya and the palace over the exco reshuffle.

“Give him time. From what I understand, the new MB has 14 days to figure out his new exco,” said a Johor politician from Pagoh.

Many politicians would love to be the mentri besar but nobody envies Dr Sahruddin having to wield the axe as one of his first acts as the top man.

The perception was that the pa­­lace wanted a new mentri besar but it was actually Putrajaya that wanted Osman replaced.

Osman had lost the confidence of his party and Dr Mahathir in parti­cular wanted him out. And as they say, what Chedet wants, Chedet gets.On the day Osman was told to resign, he was said to have waited more than two hours to see the Prime Minister and the meeting was over in 10 minutes.

Too many stories about Osman had made their way into Dr Maha­thir’s ears. The last straw was said to be the Sungai Kim Kim pollution disaster, although those in the know think that it was Osman’s inability to defend the controversial STS or ship-to-ship hub that sealed his fate.

The proposed STS hub, off the shores of Johor, is a Putrajaya venture that has the blessings of Dr Mahathir. But it was given the go-­ahead without informing the palace and it touched royal nerves.

Osman, despite his years in politics, seemed less than prepared for the top job. He had raised eyebrows from early on when he allegedly sent his wives – there are apparently three of them – to represent him at official functions, one at a time.

Reliable accounts have it that the issue of a new mentri besar was first raised when Dr Mahathir sought an audience with the Sultan earlier this year.

A source said the Sultan did not object but indicated that the replacement might not necessarily be from Parti Pribumi Bersatu Malaysia. The meeting ended on a cordial note with the Sultan driving Dr Mahathir to the airport in a Proton Saga, although Osman’s failed attempt to join the ride – it went viral in a crazy way – now seems like a metaphor of what was to come.

In the last couple of weeks, Dr Mahathir’s war of words with the Johor palace centred around who was entitled to choose the mentri besar and then moved on to who had more say over a reshuffle of the state exco.

The Johor Sultan and his heir are two very Alpha males. The situation is akin to two fierce tigers taking on an ageing tiger and you have to give it to Dr Mahathir for standing his ground.But Dr Mahathir has been around the block and he knows very well that the Johor constitution gives the Sultan immense powers over religion, land and the civil service.

“Johor has always held state rights higher than federal rights since the independence years. But it becomes an issue because of Dr Mahathir’s rocky history with the royals,” said Tawfik.

According to him, Umno leaders in Johor are known to send the list of general election candidates for the Sultan’s attention.

“If you look back at Johor’s history, the MB has always been closer to the palace than the central government. But it is a Herculean task managing the palace,” said Tawfik.

For instance, one former mentri besar was known to get so tense after a meeting at the palace that he would fling his files across his table.

“I see more flashpoints ahead,” said Tawfik, whose father was a former deputy prime minister.

Dr Sahruddin’s appointment was the talk of Johor political circles because it was Osman who presented his name to the palace instead of Tan Sri Muhyiddin Yassin or the Prime Minister.

Subtle gestures like these are important in Malay politics and there was speculation that the pa­lace did not want to meet Muh­yiddin or Dr Mahathir.

Some claimed Dr Sahruddin did not have the full backing of his party.

It was untrue because Dr Sahrud­din was among the first to follow Muhyiddin out of Umno and the Bersatu president had also convened a meeting with several other Pakatan leaders at his Bukit Daman­sara residence to get their support for Dr Sahruddin.

The ripples subsided after Dr Sahruddin made a courtesy call on the Prime Minister on Thursday.

The big question now is whether Dr Sahruddin is having problems with his top party leaders on the exco reshuffle.

There is speculation that it may just be a reshuffle of posts without replacing anyone while others claimed that two to four people may be dropped.

Bersatu supreme council member Akhramsyah Sanusi said the mentri besar needed to be given space to work on a reshuffle that would benefit the people.

“This is his first big task and like it or not, the people’s assessment of him will be based on this first step. First impressions count and he has got to get it right,” he said.

Akhramsyah, who is also Mara Corp chairman, said the final outcome must reflect the wisdom of the party in choosing him as the mentri besar.

“I can see where the palace is coming from and also the concerns of my party. But I believe that both sides want the same thing, that is, a well-run administration that is able to serve the people,” he added.

Most important of all, said Akh­ramsyah, the final decision must be well-communicated to the palace. 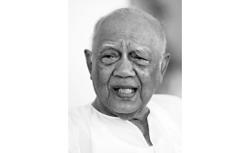 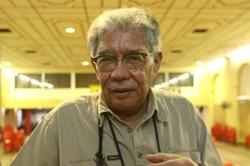