Petty sniping: Hadi and Dr Mahathir, who are fighting for the Malay opposition, clashed and indulged in some schoolyard-styled repartees.

PAS president Datuk Seri Hadi Awang often comes across as someone who was not meant to be in politics.

And he was reminded of that by no less than a long-time enemy of PAS, Tun Dr Mahathir Mohamad, who told Hadi that he does not understand politics and is not fit to lead. He said Hadi should be an ustaz in a kampung school teaching religion, but “not the type that accuses others of being infidels”.

Dr Mahathir may be 92 and his mind is not as tuned-up as it used to be but his tongue is still as sharp as a blade.

Hadi has upped his political game of late. He seems to have fully recovered from his heart surgery last year and his voice sounds stronger and gait more lively than before.

He delivered the first blow in that testy exchange with Dr Mahathir. He was attending a village event in Juru, Penang, when he said that Dr Mahathir would be better off doing charity and giving free medical treatment in a 1Malaysia clinic rather than trying to become Prime Minster again.

He implied that the Pakatan Harapan chairman talks too much, be it politics or religion.

Then he delivered the salvo. He said Dr Mahathir cannot accept some things in the Quran and needs to return to school to study religion.

That was how the back-to-school exchange began.

Hadi is considered a leading scholar in international Islamic circles and he can give as good as he got. There is a political animal in Hadi after all, but he is an ulama and he tries to keep it under control.

Was it just a squabble between two senior citizens?

Given that there is a general election around the corner it was more of a bid by two Malay leaders to lay claim to the Malay ground.

Both PAS and Pakatan are fighting for the Malay opposition vote and as Hadi put it: “We will not make it easy for Mahathir in Langkawi”.

The Pakatan battle cry is to defeat Barisan Nasional. But in order to have a chance to unseat Barisan, Pakatan has to be able to win the Malay vote. That means taking away Malay votes from PAS.

But Pakatan’s problem is that PAS took with it a huge chunk of Malay support when it was expelled from the Opposition coalition.

The west coast Chinese folk tend to look down on PAS. They see it as a kampung party because they do not understand the Malay psyche nor do they agree with the religion.

But the election candidates who PAS unveiled over the last few days suggests that this kampung party has managed to attract qualified Malays who are graduates and PhD-holders.

In Hadi’s home state of Terengganu where PAS is contesting every single seat, the candidate list included numerous doctors and PhD-holders, one of whom is aerospace scientist Dr Ahmad Samsuri Mokhtar. 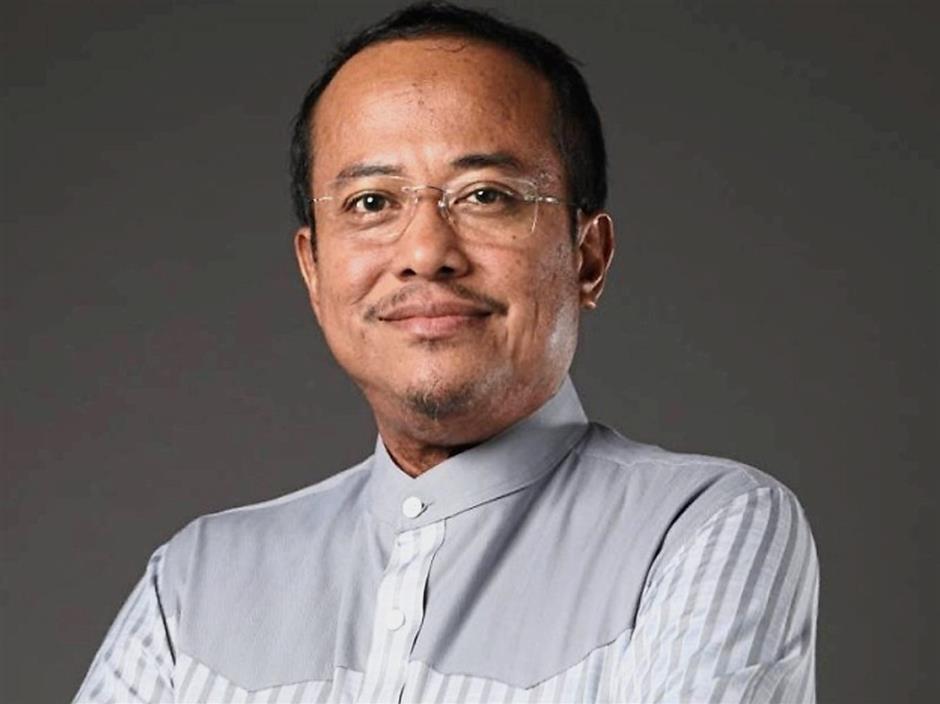 He is also widely seen as the mentri besar candidate if PAS captures Terengganu where Umno is holding on by only two seats.

The Selangor PAS candidate list which was unveiled on Thursday evening was even more impressive – almost everyone is a graduate and from the professional class.

The party has come a long way and it will give Barisan and Pakatan a run for the money in the Malay heartland seats.

The party is still fighting off allegations that it received millions of ringgit from Umno.

“That story has no logic because we are contesting against Umno in almost every seat, we want to defeat Umno. It is like Umno giving us money to buy a gun to shoot at it. It doesn’t make sense,” said PAS vice-president Idris Ahmad when met at his office in Bukit Gantang where he is contesting again.

Defending his president’s tiff with Dr Mahathir, Idris said that the former premier has never been able to accept PAS.

“He knows that to hold power in this country, you need to control the Malays but he could never control PAS. We have always challenged him.

“Our strategy to tackle Amanah and Pribumi is simple, we will put them in the same basket as DAP. You know very well what the Malays think of DAP. These people (Amanah leaders) left because they only want to sit on top, they cannot accept sitting at the bottom. Idris: PAS to damage Amanah by lumping it in the same basket as DAP.

“Look out the window, can you see any of their flags? Only green and blue. They depended on us to do everything from A to Z, then they turn up two weeks before polling,” said Idris.

The west coast populace makes a big song and dance every time there is a good crowd at Pakatan gatherings. On the night that Dr Mahathir launched his Langkawi candidature, his friends in Pakatan blasted out ceramah crowd scenes from the 2013 general election and claimed that the pictures were from the Langkawi event. They claimed that the Malay tsunami had started.

Many people believed it, not bothering to check that the pictures were of Chinese DAP supporters and there were even a few PAS flags in them.

There is not going to be any Malay tsunami in the general election because the Malays are split four ways, with Umno and PAS commanding the lion’s share of the Malay support.

Some of the biggest gathering have been held by PAS. The party is still able to fill a stadium with supporters when there are big names on stage.

The reality of the second coming of Dr Mahathir is sinking in now that he has been confirmed as the Langkawi candidate.

His latest episode of forgetfulness, whether real or selective, regarding his bakery business The Loaf is quite disturbing.

Dr Mahathir has always acknowledged the bakery as his but upon news of the closure, he claimed it was not his. Then he said he had tried to sell it and, finally, he blamed the bakery’s failure on the economy.

It was quite a dumbfounding episode and his chief nemesis Datuk Seri Najib Tun Razak had a field day riding on it when he arrived in Teluk Intan to campaign for Datuk Seri Mah Siew keong.

“Someone opens a bakery, 12 outlets in 12 years and then says the Government has not managed the national economy well. Other bakeries have survived, such as RotiBoy and Gardenia. Even the business of the Mastan Ghani ‘mee rebus’ in Teluk Intan has progressed,” he said.

The Opposition had been so fresh and appealing in the years leading to the 2013 general election but it is now plagued by ageing leadership.

Pakatan has to shelve its best-selling slogan “Anything But Umno” because it is being led by recycled faces from Umno.

Even former Finance Minister Tun Daim Zainuddin, the man the Opposition used to love to hate, has been dragged out of the woodwork to campaign for Dr Mahathir in Langkawi.

It is still difficult to read the ground and there too many confusing signals out there.

A few days ago, Datuk Patrick Ooi, the chairman of the Penang Front Party (PFP), was among several other politicians at a temple dinner in Penang. Ooi: Openly criticised Penang government during his speech at a temple dinner.

PFP is a mosquito party that is unlikely to win any seats in the general election, but Ooi has become a vocal alternative figure in the DAP-controlled politics of Penang.

Ooi was invited to say a few words on stage at the dinner and he used the occasion to criticise the state government. Some of those in the audience sat there and glared at him while others applauded in agreement.

Had he done that five years ago, he would have been booed off the stage and perhaps even roughed up after the dinner event. It was an indication of how the mood has shifted.

The trend is also evident in Kelantan where a Muslim activist who is critical of all politicians had told a meeting of sekolah pondok heads that he did not agree with them inviting PAS politicians to an event they were organising.

“I was surprised that none of them reprimanded me. Had I done this previously, they would have lectured to me that it is our religious obligation to support PAS,” said the activist.

These days, there are even people who dare to openly scold DAP’s most controversial ceramah speaker Hew Kuan Yau who is known for using crude language and vulgarity on stage.

During a recent ceramah in Ipoh, Hew who is better known as Superman, was lashing out at the Chinese media for criticising the DAP’s “king fight king” strategy when a member of the audience stepped forward to berate him. The man was quickly led away by some members of the audience to prevent an incident.

So many mixed signals, yet the ground is still rather cold compared to 2013.

Returning to the way life should be
Predictions time as EPL makes way for game’s oldest cup competition
Spare a thought before reacting
Of Children, China, and Covid-19
New Year resolution for prevention of ED
Of sackings and suspensions
Fighting inflation in the long-term
Stereotyping Malaysians
Brothers in arms
Aptitude for ineptitude