THE world lost a number of prominent leaders recently. The most talked about is probably Queen Elizabeth II, whose funeral will be tomorrow.

Elizabeth’s passing sparked many conversations – including those about colonial legacies, controversies about her personal wealth, and the manner in which some say she protected Prince Andrew when he was embroiled in a sex scandal.

These are all relevant conversations that are undeniably worth having. A one-sided assessment of the lives of anyone in public life would not be appropriate. The last thing we want to do is glorify anyone – especially our former colonial masters. 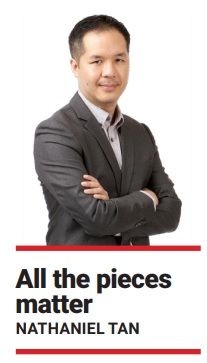 That said, given limited space, I thought to write about some of the more positive and useful lessons we can learn from these individuals.

For Elizabeth, perhaps the most significant and relevant legacy concerns the very concept of Constitutional monarchy.

I must admit, almost everything I know about Elizabeth I learned from watching the fictional (though perhaps not far off the mark) TV series The Crown.

A good part of The Crown documents how challenging it is to always appear neutral and to never overstep the boundaries of duty and convention regardless of the difficulty and the cost to one’s own personal life as an individual.

I think it is fair to say that the ability of any one person to properly perform the task of a Constitutional monarch varies from person to person. In only a few days, we can see that King Charles III brings a slightly different personality to the job.

I think Elizabeth’s greatest achievement was basically to follow the rules very, very closely, for 70 whole years. We have seen other Constitutional monarchs – both within her own family and in other countries – whose approach to the job is very different.

There are those who put their personal desires above the institution of the monarchy, like Elizabeth’s uncle, King Edward VIII, whose decision to abdicate is likely to have influenced the strict fervour with which Elizabeth adhered to rules, regulation and convention.

There are others yet who completely set aside the rule that Constitutional monarchs are supposed to remain completely above politics, and instead seek to directly influence and alter the proper course of democracy. Doing so sets very dangerous precedents.

A little over a week before Elizabeth passed, we also lost Mikhail Gorbachev.

Gorbachev was nowhere as popular in Russia as Elizabeth was in Britain. His legacy within Russia is varied and hotly debated, for the same reason that he is adored in the West – because he played a pivotal role in the dismantling of the Soviet Union (which was not the outcome he intended).

Gorbachev bucked a very old trend in Russia and the Soviet Union, where leaders insisted that the only allowed narrative was “everything is fine”, even when everything was very, very far from fine.

He believed that the survival of the Soviet Union and Russia lay in a more honest acknowledgement of how bad things were, championing glasnost (openness) and perestroika (restructuring).

His more progressive approach is credited with preventing the breakup of the Soviet Union from descending into bloodshed that could have claimed an untold number of lives.

As a Soviet leader, Gorbachev bucked a number of other trends as well. He did not drink or smoke, he sent his daughter to a local school instead of an elite one, and avoided the large and wild parties his colleagues frequented. He woke up at 7am, worked until 8pm, and slept at 1am or 2am.

About a month before we lost Gorbachev, we lost Tan Sri Khalid Ibrahim.

Obviously, Khalid was nowhere as famous as the previous two individuals. He was a successful corporate figure and Mentri Besar of Selangor (from 2008 to 2014) – but he was neither royalty nor leader of a global superpower.

In my humble, personal opinion though, I think his life is full of lessons that are just as valuable.

Like Gorbachev, Khalid bucked trends. He was not much like other Malaysian politicians. Some felt this was a failing. They said he was eventually ousted as Mentri Besar because he was “bad at politics”.

I suppose this may be true, if by “bad at politics” you mean playing the game that most Malaysian politicians seem to be obsessed with playing.

Others yet say that he was ousted because he was extremely protective about the rakyat’s money, and simply refused to let state funds be used for political purposes.

One of the best columns I’ve ever read was an obituary for Khalid written by Parti Sosialis Malaysia’s S. Arutchelvan.

In it, Arul describes the time he worked with Guthrie estate workers against their big boss, Khalid. Over the years, though, as Khalid began his foray into politics, the two men found themselves fighting on the same side for the welfare of the poor.

Arul described colourful episodes when Khalid would lambast developers and even civil servants for not serving the rakyat the way they were supposed to. Khalid was described as paying little heed to pomp and ceremony, while always being focused on substance.

Then there was the time when some people tried to cast aspersions on Khalid by releasing some video footage secretly taken from his office.

In most cases, such footage would involve the most salacious acts imaginable. In Khalid’s case, the only video that emerged was of Khalid sitting at his desk working and going through papers for what certainly felt like hours. It was the most delightfully boring video I had ever seen in my life, and it perfectly encapsulated Khalid’s unrelenting work ethic.

In fact, work ethic is probably the one thing that Elizabeth, Gorbachev and Khalid shared most closely. If nothing else, perhaps we can seek to emulate their diligence, their commitment to their goals, and their devotion to duty.

Nathaniel Tan is a strategic communications consultant. He can be reached at nat@engage.my. The views expressed here are solely the writer’s own.