The Archbishop and the boiling of frogs 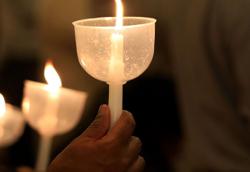 LET'S start with a summary of a recent controversy:

This recording was then uploaded to the Internet by a group that claimed that in that recording, Leow said he wanted to do something like “boil the Muslims slowly like frogs”.

This has become yet another major facepalm moment for Malaysia.

Dutiful columnist that I am, I took the time to listen to the whole recording.

What the Archbishop was actually talking about was a sentiment that minority rights were slowly being eroded in Malaysia.

He gave the following analogy: If a frog is thrown into boiling water, it will surely notice immediately. If it is put in water that is boiled very, very slowly, the frog may not notice as much.

In this analogy, the minorities in Malaysia are the frogs. And the slow boiling is meant to represent a slow process of change that is happening, which the Archbishop believes is happening to these minorities.

Whether or not we agree with this sentiment, I think we can agree that Leow is not trying to boil anybody.

For the record, allow me to provide a transcript of the relevant section:

“It is the rights of minorities, it is standing up for those who are voiceless, it is to hold our ground so that more and more is not taken away. The Constitution is also being reinterpreted if you realise what’s happening around us. So we need to stand up for our rights, for the rights of our future generation. We know the analogy of the frog in the boiling water, no? Yes, no? For the benefit of those who don’t eat frogs, I have to tell you, if you throw a frog into boiling water, it will jump out straight away. But if it’s boiled slowly, increasing 1 degree by 1 degree, by the time it realises, it is already half-cooked. So, that’s what’s been happening in our country.”

There is really no way any sane person would understand any part of this speech to imply anything even near to ‘the Archbishop wants to boil Muslims’.

As the saying goes, however, a lie can go around the world before the truth has put its boots on.

The people who fabricated this spin on what the Archbishop said definitely had ill intentions, and were looking to create an atmosphere of distrust, suspicion, and animosity among different communities.

In my humble view, however, as a strategic communications consultant, I must say that the response to this act has also not been optimal.

The Catholic Lawyers Society (CLS), who must have been understandably very upset, released a statement.

When I received the recording over Whatsapp, I noticed two things.

The first was the title of the video, which was (in Bahasa Malaysia) “The 25-year Christian project in Malaysia: Boil Muslims like boiling frogs”, with the Archbishop’s name and face.

The second was a news headline, based on the statement that CLS released, which read: ‘Nefarious’ video takes archbishop’s words out of context, says Catholic group.

The words ‘nefarious’ and ‘out of context’ were indeed taken verbatim from the CLS statement, which I later had a chance to read in its original form.

Reading these two headlines initially, my immediate reaction was to be alarmed.

The very simple reason for this is when you say that words were "taken out of context", this means that those words were actually spoken.

For example, if Peter says “I want to boil Muslims.... a nice cup of delicious hot tea.” And you only say: “Peter said he wants to boil Muslims”, then you have taken Peter’s words out of context.

This however, is more of a case where Paul said “I think our rights are being slowly eroded”, but Mary is saying “Paul said he wants to commit genocide”. This is not taking Paul’s words ‘out of context’. Paul quite simply said something else.

I don’t bear them any ill will at all, but one imagines that a group of lawyers may perhaps have chosen their words with more care.

Saying the Archbishop’s words were ‘taken out of context’ semantically implies that the Archbishop actually said he wanted to boil Muslims. This was honestly the impression I got reading that news headline. It made me think,"oh, we’re in for it now".

The truth of course couldn’t be more different.

In fact, you can hear right there in the recording that the Archbishop was talking about things like people from different faiths being able to come and sit down together, and having communities put on their thinking caps to find creative ways to build bridges.

Those on the side of truth should be emphasising this, rather than jumping to express rage.

From a communications perspective, I would very much hope that organisations avoid knee-jerk reactions made in anger.

I can understand why people are angry, but acting when angry often produces sub-optimal and counterproductive results. Using words like "nefarious", however justified, is merely adding oil to the fire, and playing to the gallery in a way that does not cool down the situation, or provide clarity.

Indeed, it plays right into the hands of those who are trying to stoke the fires of disunity by spreading this video in the first place.

Even if we make police reports, and the police arrest these people, the damage is already done, and conspiracy theorists can spin those developments to worsen the situation even further.

It is also my humble view that the best way for the Archbishop and the church to diffuse this situation is to take this opportunity to meet with reasonable Islamic groups that are committed to national unity.

Having a dialogue and presenting a united front is the best way to transform this controversy from something that divides people angrily, to an opportunity to bring people together in search of greater mutual understanding. 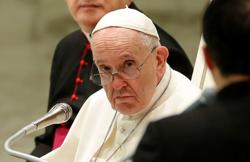 A welcome chance to reconnect
Royal endorsement sought for proposal of ‘Better Malaysia Assembly’
Why do I feel ‘heaty’?
Need for the great unboxing
Green energy: A move towards environment sustainability
Whither the Malay identity
A Malay tsunami in Melaka
HPV: Mankind not too kind to men
Don’t repeat Covid-19 mistakes
Sabah has a shuttler in its corner