AT UKEC’s 4th Malaysian Student Leaders’ Summit (MSLS) in 2010, I spoke on empowering youth and lowering the voting age to 18. That has now been achieved through an Act of Parliament, though apparently some wish to undo that unanimous parliamentary decision.

For MSLS in 2011, I wrote that diversity is much more than pre-packaged labels, and overseas students should take the opportunity to witness how other countries accommodate differences.

In 2012, I spoke on the role of youth in nation-building, and the need to appreciate our history in pursuing reforms for the future. I developed this in my keynote in 2015, arguing that for the nation to heal, we need to appreciate the initial objectives of the nation: to remember the inspirations from our past, the continuous thread of federalism and our diverse interactions with foreign powers, and understanding how this resulted in our institutions today.

I concluded by quoting the first Yang di-Pertuan Agong who said the Federal Constitution “is a comprehensive declaration of duties and responsibilities, authority and prerogatives, affecting all organs of the State and all citizens of the land.”

Yet today, we still yearn for a unity that overcomes race and ethnicity, religion and its various interpretations, language and culture, income and class, generational gaps, educational disparities, divergent access to services, rural-urban geographical divides, and of course political tribalism. For some, these attributes are supremely important, and yet it is still possible to nurture a strong shared national identity alongside that.

On the one hand, politics is all about acknowledging differences: a contest between preferences about who should lead and what policies should be pursued. In real life, there are personality cults, patronage relationships and corruption. But those things don’t invalidate the whole project.

In the same way we fly the Jalur Gemilang, sing Negaraku, cheer our athletes and love our food, we can also share in the confidence of institutions that play their constitutional role, including the judiciary, statutory bodies and commissions, the police, and even the media (since freedom of speech is a constitutional guarantee). Being derived from the constitution, they are above politics and therefore we can share in them without being politically partisan.

However, in reality, there are cases of office-bearers who, instead of being loyal to the constitution, are loyal to politicians instead, and willing to use racial and religious rhetoric to distort the original intent of our institutions in championing certain leaders and parties. When these failures happen, public confidence is dented, scepticism grows, radical alternatives take root, and the public becomes polarised.

In recent years, populism has helped authoritarian leaders accumulate power across the world. These are often accompanied by narrower notions of unity like “our” race or religion and conspiracy

theories that cast doubt on traditional sources of information. Covid-19 has provided an additional excuse for authoritarian measures.

Much has happened in Malaysia in the past three years: a general election that was heralded as an opportunity to repair our constitutional consensus, and 22 months later, a change of government not occasioned by a general election.

Despite this, civil society is vocal and active as never before. Citizen action has already stopped construction of particular projects and, last week, money was quickly raised in opposition to a court decision that media platforms are responsible for readers’ contemptuous comments.

This trend cannot be undone, and brings hope in the quest for unity beyond politics. The more we can discuss issues and work towards solutions, to accept compromises and understand that peaceful disagreement is normal, the more we achieve an overarching unity.

The government’s recent National Unity Blueprint mentions the Federal Constitution, Rukun Negara and the need for a shared history. But we need to learn from the failures of past similar efforts to promote lasting unity; otherwise, each failure just brings more disillusionment. The endeavour must include all parts of the country and truly represent Malaysians as broadly as possible.

When I was a student at LSE, its Malaysia Club was not a member of UKEC, due to political differences between the committees on different sides of Reformasi. Two decades later, many of the same politicians are still active and still the cause for political disagreement. I see comparatively greater hope in the younger generation of politicians who seem more willing to seek consensus across the divide.

That is why I’m encouraged to see continued engagement on politics and public policy issues from Malaysian students. It shows a hunger for pushing Malaysia forward, one that adds substance to hope in achieving the national unity beyond politics that we seek.

Tunku Zain Al-‘Abidin is founding president of Ideas. This article is part of the writer’s keynote speech at the United Kingdom and Eire (Ireland) Council for Malaysian Students (UKEC) Projek Amanah Negara (PAN) XVIII on Feb 20,2021. 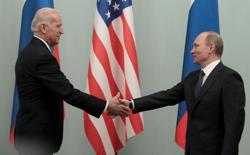