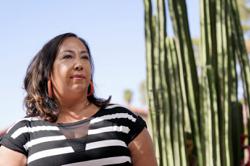 Our lifestyle will never return to the way it was but with innovations taking place across the board, will it matter?

AS the notion of a “new normal” percolates further into public consciousness, changes which a few weeks ago would have been unthinkable are being anticipated and embraced. I am not referring to the widely circulated list of alleged political appointments to government-linked companies and statutory bodies: though is that really a change, a reversion to type or a perpetuation of what has always been?

Instead, I am referring to the innovations taking place across business sectors and personal lives, some of which will have deep and lasting implications long after the movement control order is eventually lifted.

Across many businesses already tackling the digitalisation of their businesses, one imaginary survey captured the mood succinctly, asking “Who led the digital transformation of your company?”, with the options being the chief executive officer, chief technology officer or Covid-19.

Social media is awash with photographs of virtual meetings, town halls and webinars, and several people have admitted quite frankly that such assemblies are more efficient online than in real life.

And that’s before factoring in travel time, costs of petrol and parking, the likelihood of over-indulging on curry puffs and (for some) the social pressure of having to attempt amusing small talk with colleagues before agendas can begin.

Reports from friends and relatives with children, and those professionally in the education sector (encompassing private and public institutions, from primary to university levels) say that many adaptations have already been made in the delivery of education.

In a paper released this week, the Institute for Democracy and Economic Affairs (Ideas) has identified four main challenges pertaining to education during Covid-19: the digital gap among students, the education system’s lack of digital preparedness, food access among poor families and the mental well-being of children. Addressing these must accompany the shorter-term decisions of cancelling PT3 and UPSR and postponing SPM and STPM examinations.

The zeitgeist is captured by two popular social media posts. One bemoans that if schools remain shut for too long, mothers will find a cure to Covid-19 before scientists do.

The other lists things that different family members have long hoped for – for example, kids wishing they had no school and no exams, adults wishing they could work from home – before declaring “Be careful what you wish for!”

The last wish is from planet Earth, for a break from pollution: and the results are seen in amazing “before and after” images of usually polluted cities.

An increase in social media traffic generally is certainly part of the new normal. Phones need to be charged by midday as WhatsApp groups are flooded by appeals for donations and equipment (matched by offers of the same), quizzes and riddles (usually about movies and maths) and videos of collaborative performances or conspiracy theories.

One consequence of the latter is realising that unexpected individuals are capable of believing ridiculous hypotheses or worse, willing to abet the views of bigots and hate-mongers, which I touched upon last week.

On a personal level, I have cooked more meals in the last three weeks than I have in the previous three years, practised more piano than at any time prior, and have followed so many YouTube workout videos that my usual music, politics and Star Trek-related recommendations are being shunted down by its algorithm.

Friends’ weddings have been postponed, the idea of flying anywhere has become a distant dream, and the Tunku Zain tennis trophy organised by the Royal Sungei Ujong Club is in Covid-19’s court (though like most fans, I am far more concerned by disruptions to Roland Garros, Wimbledon and Olympic tennis).

Last week saw the passing of a great-aunt, Raja Nor Annuar Raja Ahmad, the widow of the late Tunku Adnan Tunku Besar Burhanuddin. Whereas dozens of relatives would normally have accompanied the hearse from Kuala Lumpur to Seri Menanti, only a few family members were present, observing social distancing at a scaled-down funeral in accordance with guidelines issued by the Negri Sembilan Islamic Religious Affairs Department. The usual three days of tahlil following the funeral could not be observed either.

Friends of other faiths have shared how they celebrated Easter and Vaisakhi, and next week Muslims will be embarking on the holy month of Ramadan. Already, many states have clarified that mosques and suraus will remain closed, Ramadan bazaars will be shut, while congregational terawih prayers and mass buka puasa events – a favourite annual activity of all Malaysians – will also not happen.

With imams recommending ways to best observe fasting and prayer while confined at home, adaptation to a new normal looks set to continue.

Tunku Zain Al-‘Abidin is the founding president of Ideas. The views expressed are the writer’s own.