Adat in the states and nation

Given the diversity and many interpretations, the cultural traditions and practices of the Malays can never be anything less than interesting.

“Malay adat is a dull subject,” wrote RJ Wilkinson at the beginning of his Papers on Malay Subjects, which he wrote and compiled in the first decade of the 20th century.

Despite that underwhelming intro­duction, he described in signifi­cant detail some aspects of the Adat Perpatih of Negri Sembilan, where he became British Resident.

To colonial bureaucrats, understanding traditional structures and decision-making mechanisms of societies was of vital importance, since it would enable them to determine how best to enact laws and implement policies in a legitimate way.

This was particularly the case for the British in Negri Sembilan, given that they had a troubled start, best exemplified by the Bukit Putus War of 1874 in which British prestige was severely dented, even though Yamtuan Antah was ultimately defeated.

Although the interests of the British Empire were embedded in government, economic and infrastructure development did occur.

This was aided by the reunification of Negri Sembilan as one entity after decades of division, and the restoration of the Yang di-Pertuan Besar as its elected Ruler.

In this new political context, the Ruler’s own initiatives significantly contributed to policymaking.

Among the initiatives of Yamtuan Antah’s successor, Tuanku Muhammad, were supporting new educational institutions such as schools for girls and the Malay College Kuala Kangsar, championing good relations between different communities (even during a time of significant migration), and advocating more local involvement in the defence of the Federated Malay States (which resulted in the Royal Malay Regiment).

As the writings of administrators focused on the interplay between adat and politics, many sociological nuances were left out.

Today, many other adat traditions unconnected to royal or political purposes are still practised.

Last week, some of these came to life in the “Pesta Adat Perpatih Luak Tanah Mengandung/Lengkongan” that was organised in Kuala Pilah.

At the launch event officiated by the Yang di-Pertuan Besar, the audience was treated to re-enactments of several traditional ceremonies.

The most interesting of these was the adat berkadim, a ceremony to enable a man to leave his own clan (determined in this matrilineal society by his mother) and join another clan as a junior member.

Well, there is a prohibition (itself interesting from an anthropological perspective) for a man to marry a woman from his own clan, so undergoing this ceremony ultimately paves the way to such a marriage.

The climax of this ceremony is the literal mingling of blood that signifies that the man has now joined the new clan.

Thus in Negri Sembilan, we can see a rare example of anywhere in the world where marriage can require that the man, rather than the woman, change family affiliation.

Incidentally, if the woman dies before the man, his original clan will invite him to rejoin that clan.

The Pesta Adat also featured exhibitions by each of the five “Luak Tanah Mengandung” (the area surrounding Seri Menanti) that gave some insight into the history and unique adat of each territory.

While they may seem remote to the Malaysia of today, ultimately it is this collective of proud territories that gave Negri Sembilan its traditional political structure.

Still, today, Malaysian schoolchildren are taught that the founders of our country were partly inspired by Negri Sembilan for our elected federal monarchy.

Early drafts of the Federal Cons­titution of the Federation of Malaya actually proposed that the Head of State should use the title of “Yang di-Pertuan Besar”.

Although the details are significantly different – in terms of who elects who and who is eligible for election – the underlying concepts of federalism, representation, symbolism and checks and balances are embedded in both cases.

Yesterday, the nation witnessed the proclamation of our 16th Yang di-Pertuan Agong.

And in recent days we have also seen the royal ceremonies of Pahang in the proclamations of its new Sultan, Tengku Ampuan and Tengku Mahkota (who was also proclaimed as Regent).

While it is often said that only Negri Sembilan practises Adat Perpatih while other states practise Adat Temenggung, it is also true that there is much diversity within the cultural traditions of all our states, from the folds of the tengkolok and the knots of the samping to the everyday practices of people inside and outside the palace.

Despite the best efforts of some to define what it means to be Malay in a narrow, exclusionary way in pursuit of modern political ends, the reality is that Malay adat, with all its diversity and differing interpretations, is far from dull! 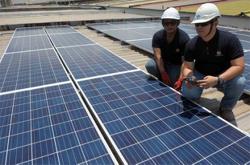