IN THE corporate world, you can evaluate whether the C-Level or a head of a department can be successful based on their performance in the first 100 days. Similar observations can be made to managers of a football team. 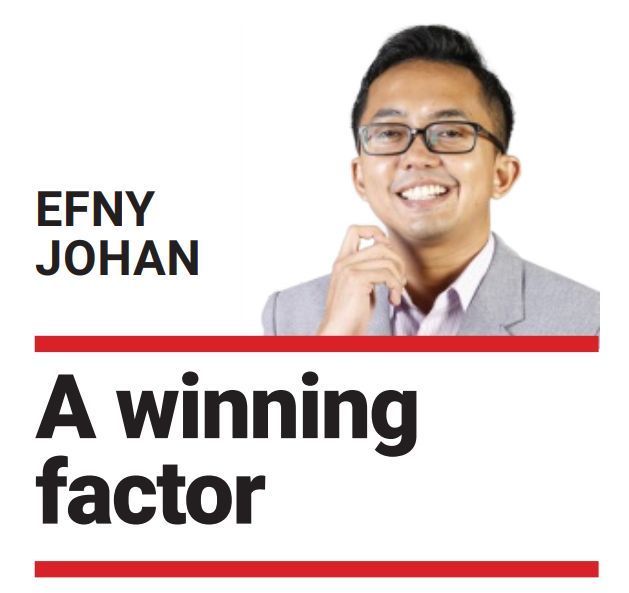 June 27, 2022, was Erik ten Hag’s first day at Manchester United, and Sept 1 was his first 100 days at the club. While there were some ups and downs in the first 100 days, the ability to pivot shows that Erik ten Hag (ETH) could be the man to bring the glory days back to the club.

Let’s start with the negatives - he is not decisive in his transfers. While he did get his players in the end, everyone knows that ETH overpaid for both Lisandro Martinez and Antony.

If only he had been firm at the start of his tenure, he could force the club to sign the players before the pre-season began, and the results from the first two league games could have been different.

Another negative point is the handling of Cristiano Ronaldo’s (CR7) situation. Yes, he is a legend of the club, but ETH should have sent CR7 to the reserves for missing the Asia Tour (a bonding exercise) and wanting to move away from the club.

By welcoming him back during the Brighton game and starting him against Brentford shows weakness, and he could have lost the dressing room for that. Thank god he grew some cojones and dropped CR7 against Liverpool. He will probably try to use him as a super sub moving forward.

Now on the positives. Giving credit when credit is due is the decision to drop the idea of playing Ten Hag’s ball for the club. Realising that he did not have the necessary players and the mental state of the squad, he dropped the notion and started building from the back first.

The changes happened after the Brentford game. The team are now set up to not concede and try to nick a goal at the other end. A famous manager once said: “Offence scores goals, but defence wins championship!”.

Dropping Luke Shaw and Harry Maguire from the starting line-up also helps, but the squad are now playing defence as a collective. The signing of Casemeiro will help the team to protect the lead. ETH has managed to get the board to sign the necessary players for him to build for the future.

The renaissance continued under ETH after United ended Arsenal’s unbeaten run at Old Trafford. Tactically, ETH got it right by exploiting the high line of Arsenal. Mikel Arteta must work on his game plan against the big teams away from home.

A few more attempts and he might get it right. The current tactics might result in an entertaining game but will not get him three points.

ETH is just playing to the result now. The more wins he accumulates will give him more credit to implement the necessary changes and get the buy-in from his squad.

There were lots of great games over the weekend and some outstanding goalkeeping, but the main takeout would be the refereeing standards in the Premier League.

A lot of questionable decisions by the referees, and the Video Assistant Referee (VAR) is not helping anyone either. Controversial goals were disallowed in the matches of Chelsea vs West Ham and Aston Villa vs Manchester City, to name a few.

Steven Gerrard could survive another week in management, while Brendan Rodgers could be a dead man walking. If you are Mauricio Pochettino, which job will you wait for? The Villa job or Leceister?

Another week and another hattrick in the Premier League. This time it was Ivan Toney making fantasy managers who transferred him out to eat some humble pie. Of his three goals, my favourite would be his third for the composure and the skill to chip the ball.