Spelling out the caretaker govt’s role 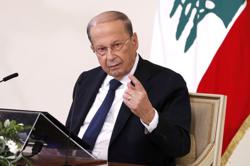 THE 13th Parliament was recently dissolved to pave the way for the 14th General Election. This was followed by the dissolution of the State Legislative Assemblies all over the country, except for Sarawak.

Elections these days are hard- fought affairs. The margins of victory can be very slim. Any advantage that one side has may affect the outcome of the elections.

That is why there is a need to ensure elections are fair to all those contesting.

The dissolution of Parliament does not mean that the Federal Government and the various state governments are also dissolved along with the legislature.

When the legislature is dissolved to pave the way for elections, and until a new government is formed, the one that governs the Federation or the states is known as the “caretaker government”, according to the practice in many Commonwealth countries, including Malaysia.

A caretaker government is a minimum government. It is only supposed to ensure the day-to-day administration of the state can continue without disruption as a caretaker.

Most importantly, it should not use government machinery and resources in any way which would give any political party an advantage.

The reasoning is simple; the caretaker government no longer has the full mandate of the electorate. As the legislative branch has been dissolved, there are no checks and balances to the actions of the executive branch.

Unfortunately, the caretaker government convention is not respected or followed by the Federal or state governments.

Every day since dissolution, there are reports of initiatives or handouts by an incumbent government, on both sides of the political divide.

However, the convention is respected and adhered to strictly by the incumbents.

Ideally, this should be the case in our country. There should not be a need to codify the convention into law by way of legislation. But because our political parties do not appear to respect the convention, we may need to enact a law to enshrine the caretaker convention and ensure its compliance. 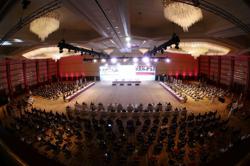