Rowing back on Rohingya

LAST week’s article ended on the optimistic note that we in Malaysia are not as afflicted as some other countries, including supposedly advanced democracies, in terms of racism and xenophobia that is hindering a broadly collective effort to defeat Covid-19. Soon after I submitted it, however, I was forwarded virulent anti-Rohingya posts written by Malaysians on Facebook and Twitter.

Since returning to Malaysia in 2007, I’ve intermittently been exploring refugee issues. Primarily this was through being a Trustee of Yayasan Chow Kit, which provides wide-ranging support to disadvantaged, stateless and refugee children while advocating policy change. Later, the Institute for Democracy and Economic Affairs (Ideas) co-founded Ideas Academy, a private learning centre open to all, including refugee children (so far two groups have graduated with their IGCSEs), which now runs independently. Despite significant progress, many Malaysians are still unconvinced that letting refugee children go to school is better than the alternatives of increased social disorder and criminality that affect everyone.

Over the years, I have seen Rohingya children act in musicals, exhibit paintings and photographs, play ping-pong, and express their hopes and dreams like any other child - except unlike most children, these are contrasted against indelible memories of destruction from which they have fled. Some of these same children have now seen Malaysians attacking members of their community, and understandably, they fear for their safety.

Indeed, while there has always been some sniping against the people we were trying to help, I have never seen the level of vitriol of the last week.

The assigning of collective blame based on unverified statements or assumptions has reached new heights, and threats of violence, even death, have been made not just on presumed Rohingya, but also on Malaysians helping them.

This upsurge followed the government’s decision to turn away boats of Rohingya refugees, citing fears over the spread of Covid-19. This is an entirely sensible precaution, commensurate with medical knowledge and the first duty of government to protect the health of Malaysians.

However, this seemed to unlock a flurry of other criticisms against the Rohingya community - which, like any other, contains people with different opinions and positions on the moral spectrum: some individuals have no qualms exploiting others within their communities for personal gain.

Still, the escalation of condemnation seems reminiscent of deliberate campaigns - the sort that politicians manufacture when they need to divert attention and create a common enemy in the public consciousness - but reliable insiders assured me this is not one of them. Rather, there is a real multiracial groundswell of anger against supposed wrongdoings of the Rohingya.

One of the repeated arguments is economic: alleging that refugees drain resources and steal jobs, but Ideas’ 2019 paper on the Economic Impact of Granting Refugees in Malaysia the Right to Work suggests conversely that refugees could contribute over RM3bil to annual GDP by 2024, and create 4,000 jobs for Malaysians.

Another common argument was based on an allegation that they are demanding full citizenship rights, the audacity of which caused particular anger among Malaysian netizens: though the accused denies making this statement.

While the Malaysian government has made emotional appeals to “help our Rohingya brothers and sisters”, actual policy change is minimal, and there is little progress on signing the 1951 Refugee Convention (signed by the majority of the countries of the world), which of course is very far from citizenship rights.

In the long-run, a political and diplomatic solution to the situation in Myanmar is the best way to alleviate the humanitarian need, but Asean’s reluctance to violate the Asean Way makes this unlikely, even as the resultant movement of people - including due to human (and child) trafficking - makes it, by definition, a cross-border rather than a purely domestic issue.

With the focus still on battling Covid-19 and re-activating the economy, government policy towards the Rohingya and refugee issues more broadly will inevitably pause.

But, recalling the gratitude expressed to me as a Malaysian by Vietnamese Australians who 40 years ago escaped their war-torn country via Terengganu (as imperfect as that was), I hope such goodwill can be replicated today.

Furthermore, Malaysian Muslims should remember how our ancestors travelled similar distances across similar waters for similar reasons: to escape conflict and seek opportunities (spawning the Minangkabau practice of merantau). More so if, like the earliest Muslims led by the Prophet Muhammad, refugees are escaping persecution and seeking a place where they are free to practise their religion. 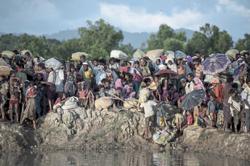 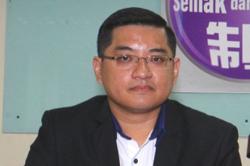