(Reuters) - Attackers killed 18 people on Wednesday when they opened fire in a city hall in San Miguel Totolapan, a town in southern Mexico, Mexican daily El Universal reported on Thursday.

Those killed included town Mayor Conrado Mendoza and his father Juan, the newspaper quoted the State Attorney General as saying.

The gunmen appeared to have carried out a coordinated series of attacks inside the building with the aim of killing the mayor, the newspaper said. It said the attackers were presumed to belong to an armed group called Los Tequileros.

Reuters could not immediately verify the report.

(Reporting by Juby Babu in Bengaluru and John Stonestreet in London; Editing by Peter Graff) 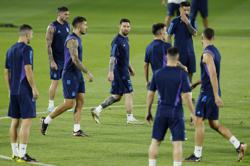