By Parisa Hafezi and Arshad Mohammed 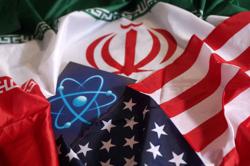 DUBAI/WASHINGTON (Reuters) -The European Union on Monday put forth a "final" text to revive the 2015 Iran nuclear deal as four days of indirect negotiations between U.S. and Iranian officials wrapped up in Vienna, a senior EU official said.

The official said no further changes could be made to the text, which has been under negotiation for 15 months, and he said he expected a final decision from the parties within a "very, very few weeks."

"Today we are tabling a text that is the final text," the senior EU official, who spoke on condition of anonymity, said at a briefing in Vienna. "This text is not going to be further negotiated or changed."

A U.S. State Department official said that Washington was ready to quickly reach an agreement to revive the deal, formally called the Joint Comprehensive Plan of Action (JCPOA) on the basis of the EU proposals.

Iranian officials, however, suggested that they did not regard the EU proposals as final, saying they would convey their "additional views and considerations" to the European Union, which coordinates the talks, after consultations in Tehran.

Iran and six major powers struck an agreement in 2015 under which it agreed to restrict its nuclear program to make it harder to use it to develop atomic weapons - an ambition it denies - in return for relief from U.S., EU and U.N. sanctions.

In 2018, then U.S. President Donald Trump ditched the deal and reimposed harsh U.S. sanctions designed to choke off Iran's oil exports, its major source of export income and government revenue.

In response, Tehran - which says its nuclear program is for power generation and other peaceful purposes - began about a year later to breach the agreement in several ways, including rebuilding stocks of enriched uranium. 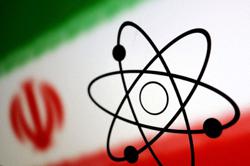