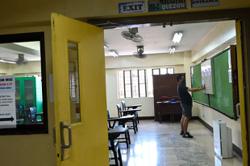 FILE PHOTO: Ferdinand Marcos Jr speaks to foreign correspondents, including Reuters, two days after clinching a landslide victory in the Philippines presidential election, based on an unofficial tally of votes, at his headquarters in Mandaluyong City, Philippines, May 11, 2022. REUTERS/Jerome Morales

MANILA (Reuters) - Philippines president-elect Ferdinand Marcos Jr is all but certain to command a supermajority in Congress, a proclamation of winners showed on Wednesday, boosting chances of advancing his legislative agenda when he takes power next month.

All but two of the 12 candidates declared winners of Senate seats by the election commission were allied with Marcos's "Uniteam" political juggernaut, adding to a new lower house revealed last week that was dominated by parties that sided with the presumptive president. 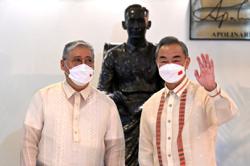 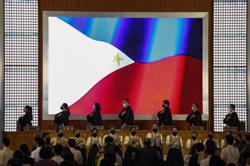