GUWAHATI, India (Reuters) -India held funeral rites held on Monday for 15 civilians mistakenly killed by its security forces in the northeastern state of Nagaland, amid intense security and sporadic internet outages aimed at damping fresh unrest in the remote region.

Security and government officials have said 14 members of the region's predominant Konyak tribe and one security trooper were killed on Saturday after the forces in the border state mistook a group of labourers for militants and opened fire.

Another of the tribe was killed during protests on Sunday over the military action, which has prompted the government to launch an inquiry, while police and officials ramped up patrols ahead of the last rites.

Hundreds of mourners laid wreaths on the coffins of the dead, lined up on a public playground, as the state's chief minister, Neiphiu Rio, led a mass funeral service in the district of Mon, the site of the incident.

"The killing of innocent civilians is terrorism, we are Indians, not terrorists," read a placard nearby.

Indian Home Minister Amit Shah is set to make a statement in parliament on Monday about security in the state, where hundreds of security forces with automatic weapons continue to patrol the restive Mon district.

The Indian Army has expressed "deep regret" over the intelligence lapse but state residents have demanded a shutdown of its operations, with camps being moved out of civilian areas.

Police registered a complaint against a paramilitary unit over the incident, saying there had been no police guide nor a request for one from security forces.

"Hence it is obvious that the intention of security forces is to murder and injure civilians," they said in the complaint, reviewed by Reuters.

Feelings over the incident are rising in Nagaland, where people have frequently accused security forces of wrongly targeting innocent locals in counterinsurgency operations against rebel groups under the Armed Forces Special Powers Act (AFSPA).

Besides sweeping powers of search and arrest, the law, enforced in parts of four of the seven northeastern states, allows Indian forces to open fire to maintain public order in areas designated as "disturbed areas".

Nagaland is covered by the law as India says rebel groups operate from thick jungles of an unfenced region that also spans the neighbouring states of Manipur and Arunachal Pradesh, which border Myanmar.

However, the state's chief minister called the law draconian, and urged its removal.

"Today the whole world is criticising AFSPA and now the Nagaland government wants AFSPA to be withdrawn," Neiphiu Rio added. 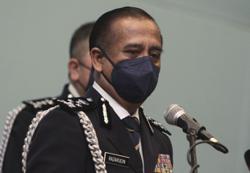