By Dave Graham and Ted Hesson 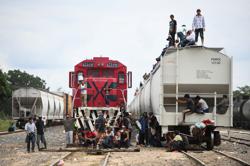 (Reuters) - The Biden administration will restart a controversial Trump-era border program that forces asylum seekers to wait in Mexico for U.S. immigration hearings, in keeping with a federal court order, a Mexican official told Reuters on Thursday.

The United States will take steps to address Mexico's humanitarian concerns with the program, the official said, including offering vaccines to migrants and exempting more categories of people deemed vulnerable.

President Joe Biden, a Democrat, ended the policy known as the Migrant Protection Protocols (MP) soon after his inauguration in January. But a federal judge ruled Biden's rescission did not follow proper procedure and in August ordered its reinstatement. The U.S. government said it had to wait for Mexico's agreement before the policy could get up and running again.

At the same time, the Biden administration is still actively trying to end the program, issuing a new rescission memo in the hopes it will resolve the court's legal concerns.

The policy was a cornerstone of former Republican President Donald Trump's hard line immigration policies and sent tens of thousands of people who entered at the U.S.-Mexico land border back to Mexico to wait months - sometimes years - to present their cases at U.S. immigration hearings held in makeshift court rooms near the border. 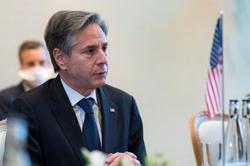 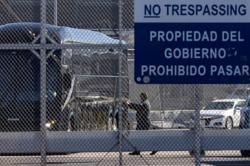