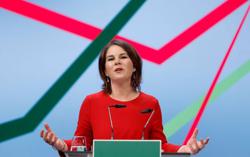 BERLIN (Reuters) - A majority of Germans is in favour of a coalition government led by the Social Democrats' Olaf Scholz, a survey showed on Friday, an encouraging result for the three parties involved as they prepare for the next phase of negotiations.

Some 62% of respondents to the ZDF Politbarometer survey said they would back a coalition government of the centre-left Social Democrats (SPD), the Greens and liberal Free Democrats (FDP).

The three parties are holding internal consultations on the outcome of exploratory talks on forming a government together and are widely expected on Friday to seek formal approval from their members for the start of official coalition negotiations.

Such a move, from the exploratory talks to full coalition negotiations, would show the three parties are likely to form the next government. They have shared power before at state level but never in a national government.

The SPD narrowly beat outgoing Chancellor Angela Merkel's conservatives in a Sept. 26 national federal ballot but did not win a majority.

Merkel, who has led Germany for 16 years, often in coalition with the SPD, did not stand for re-election and plans to stand down as soon as a new government has been formed. Scholz, who is finance minister in the outgoing coalition, has said he hopes a new administration can take power by the end of the year.

The survey for ZDF by pollster Forschungsgruppe Wahlen found that Scholz, 63, was particularly popular, with three-quarters of the 1,329 respondents interviewed by phone from Tuesday to Thursday saying they wanted him to replace Merkel.

The poll had a margin of error of three percentage points.

Unlike many other European countries, where the president or monarch invites one party leader to try to form a government, in Germany it is up to the parties themselves to decide who should ally with whom. 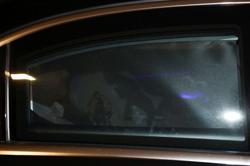