FILE PHOTO: U.S. Secretary of State Antony Blinken speaks about refugee programs for Afghans who aided the U.S. during a briefing at the State Department in Washington, DC, U.S. August 2, 2021. Brendan Smialowski/Pool via REUTERS

WASHINGTON (Reuters) - U.S. Secretary of State Antony Blinken spoke with Sudanese Prime Minister Abdalla Hamdok on Wednesday about the conflict in Ethiopia's northern region of Tigray and agreed to press for negotiations leading to a ceasefire, the U.S. State Department said.

The two discussed "the expansion of armed confrontation in the Amhara and Afar regions of Ethiopia, the deteriorating humanitarian situation in the Tigray region, and reports of Eritrean troops re-entering Ethiopia, all of which impact regional stability," State Department spokesman Ned Price said in a statement. 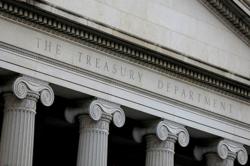