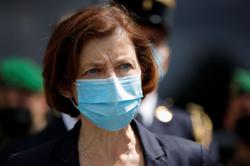 ATHENS (Reuters) - The Italian writer and publisher Roberto Calasso, "a literary institution of one" whose erudite explorations of myth and literature were translated into more than 20 languages has died at 80, his publishing house Adelphi said on Thursday.

The son of an antifascist university professor, Calasso was born in Florence in 1941 and quickly displayed a prodigious literary intelligence, reading Proust's monumental 'In Search of Lost Time' at the age of 13.

Fluent in several languages, his best-known works included 'The Ruin of Kasch', 'Ka' and 'The Marriage of Cadmus and Harmony', a retelling of the world of Greek myth, but his subjects ranged from the ancient gods to the painter Tiepolo and writers like Kafka and Baudelaire.

He also established a distinctive place in Italian cultural life as director of the prestigious Milan publishing house Adelphi Edizioni where he worked for almost 60 years and which he bought out in 2015 to prevent its sale to the giant Mondadori group.

"Roberto Calasso has been and will continue to be a central figure of reference for the Italian and international literary panorama," rival publishing house Feltrinelli said.

The difficulty of classifying Calasso was summed up by the writer Italo Calvino who said 'The Ruin of Kasch' was about two things, the first being the French statesman Talleyrand, the second being everything else.

The Paris Review once called him a "literary institution of one" and with his esoteric mix of interests - from Marlon Brando to 17th century writers on hieroglyphics - he became one of Italy's most internationally recognized writers.

His death, after a long illness, coincided with the publication of two new works, one a memoir of his childhood in wartime Florence where one of his earliest memories was hiding with his parents from the Fascist police. 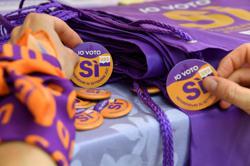 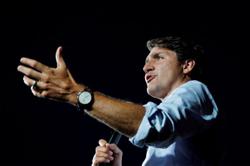