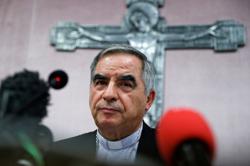 Pope Francis meets Spider-Man, who presents him with a mask at the end of his weekly general audience with a limited number of faithful in the San Damaso Courtyard at the Vatican on June 23, 2021. The masked man works with sick children in hospitals. - AP/Andrew Medichini

VATICAN CITY (Reuters): A different type of participant dropped in on Pope Francis' general audience at the here on Wednesday (June 23) – none other then your friendly neighbourhood Spider-Man.

A man dressed in a full, skin-tight, red, black and blue costume of the comic book character – including head cover – was sitting in a VIP section of the audience in Vatican's San Damaso Courtyard.

He sat quietly next to a priest dressed in black who appeared to be unperturbed by the colourful character with big white eyes in the next seat.

It was not immediately clear why the man had dropped in but he later gave Pope Francis a Spider-Man-themed face mask. – Reuters 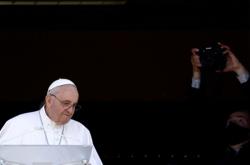 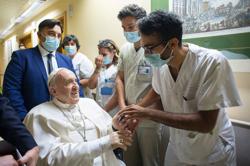