FILE PHOTO: A woman holds a small bottle labeled with a "Coronavirus COVID-19 Vaccine" sticker and a medical syringe in this illustration taken October 30, 2020. REUTERS/Dado Ruvic

BRASILIA (Reuters) - Brazil's Senate on Thursday approved a bill to suspend patent protection for COVID-19 vaccines, tests and medications during the pandemic, sending the proposal to the lower house of Congress for consideration and possible amendments.

It remains unclear if lower house lawmakers will pass the bill, with implications for pharmaceutical firms such as AstraZeneca and China's Sinovac Biotech, which have arranged local production of their COVID-19 vaccines.

U.S. firm Pfizer also made its first delivery of coronavirus vaccines to Brazil on Thursday evening.

The government of President Jair Bolsonaro has publicly opposed proposals to suspend patent protections, arguing that such a move could endanger talks with vaccine producers.

Brazil on Thursday saw its death toll from the pandemic pass 400,000, the second-highest tally in the world after the United States. Experts say that Brazil's slow vaccine rollout is likely to keep the daily death toll high for months.

"We can't remain passively watching, day after day, 3,000 to 5,000 deaths. The opportunity is there, we must do our part," said Senator Nelsinho Trad, one of the backers of the bill.

The bill was passed by 55 votes in favor, and 19 against.

According to the proposal, patent holders would be obliged to provide authorities with all the information needed to produce COVID-19 vaccines and medicines. Then, if the government were to call a state of emergency, they could be produced locally under a licensing agreement.

The objective, according to Senator Paulo Paim, who drafted the bill, is to streamline vaccine production in order to accelerate inoculations.

Neither the president's office nor health ministry immediately responded to requests for comment. 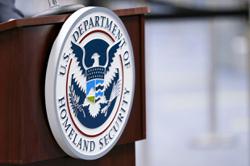