The legislation increases fines for insubordination to law enforcement officers to up to 4,000 roubles ($54.30) from 1,000 roubles in addition to a maximum of 15 days in detention.

The amended law also introduces fines of up to 20,000 roubles for protest organisers who violate funding regulations.

Russian authorities have accused foreign countries of supporting the protests calling for Navalny's release. More than 11,000 people have been detained in the protests, according to a monitoring group.

Ahead of a parliamentary election scheduled for September, Putin called on senior intelligence officials to identify "actions that have nothing to do with democracy and are aimed at undermining the stability and security of our state".

"This activity is paid for from overseas," Putin said, without giving details.

Russia has itself been accused of meddling in severalelections abroad, including in the 2016 U.S. presidential vote. It has denied the accusations.

Putin also called on the FSB security service to thwart any external attempts to meddle in the election, a plea he also made to leaders of political parties last week.

Navalny, 44, was flown to Germany for treatment last August after collapsing in Russia following what he said was an attempt to kill him. Germany said he was poisoned with a military-grade nerve agent, an assertion backed by many Western countries but questioned by the Kremlin, which denies any involvement in the incident.

Navalny was detained on his return to Russia last month and sentenced to jail on Feb. 2 for parole violations on what he said were trumped-up charges.

Russia has ignored a demand by the European Court of Human Rights to release Navalny, and European Union foreign ministers agreed on Monday to impose sanctions on four senior Russian officials close to Putin in a mainly symbolic response to Navalny's jailing. 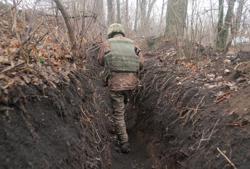