"Restrictions on the demand side because of the lockdowns are countered by a sufficient reduction in supply on the other. This is preventing prices from falling or rising to any significant extent," Carsten Fritsch, energy analyst at Commerzbank Research, said in a note Friday.

Earlier in the month, the Organization of the Petroleum Exporting Countries (OPEC) and its allies, widely known as OPEC+, agreed to keep most oil production curbs in place from February to the end of March. 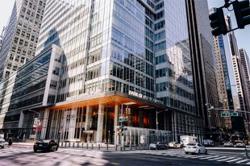