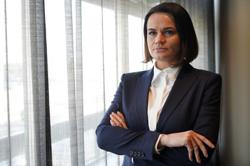 FILE PHOTO: A man holds a sign demanding the resignation of the State Emergency Commission (SEC), during a protest against the government's handling on the coronavirus disease (COVID-19) outbreak, on Sukhbaatar Square in Ulaanbaatar, Mongolia January 20, 2021. Picture taken January 20, 2021. REUTERS/Anand Tumurtogoo

ULAANBAATAR (Reuters) - Mongolia's parliament has approved the resignation of Prime Minister Khurelsukh Ukhnaa after protests in the capital Ulaanbaatar over the government's handling of the COVID-19 pandemic, the state news agency, Montsame, said.

Khurelsukh said in a resignation statement submitted on Thursday that he should "assume the responsibility upon himself and accept the demand of the public."

He will be replaced by Oyun-Erdene Luvsannamsrai, the chief cabinet secretary, Montsame said.

Khurelsukh, of the Mongolian People's Party, won a landslide election last June, but the country has been plagued by political instability.

The protests erupted on Wednesday over what some Mongolians saw as the inhumane treatment of a COVID-19 patient and her newborn baby, Montsame said.

Video footage showed the patient, still wearing her nightgown and slippers in freezing conditions, being relocated with her baby to a specialist quarantine facility run by Mongolia's National Center of Communicable Diseases.

The incident came amid growing public dissatisfaction with Mongolia's economic situation and a lack of job opportunities.

Mongolia, which earned praise from the World Health Organization in the early stages of the COVID-19 pandemic for its handling of the health crisis, has recently been battling an outbreak caused by an infected driver entering from Russia.

The country, with a population of around 3 million, has so far reported 1,584 cases.

While Khurelsukh said in his resignation speech that there have been no deaths from COVID-19 in Mongolia so far, the health ministry says there have been three fatalities. 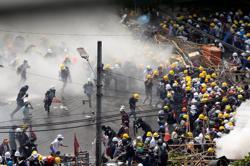