Romanian president to hold consultations on new govt on Monday 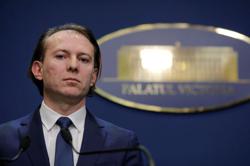 The centrist Liberals (PNL), the USR-Plus party and the ethnic Hungarian UDMR are in pole position to form a coalition government following Sunday's election in Romania, a member state of the European Union and NATO.

On Wednesday the PNL proposed Finance Minister Florin Citu as the next prime minister, and the president, a PNL ally, is widely expected to endorse Citu for the post.

Though the left-wing opposition PSD emerged as the single strongest party in the election, it failed to secure enough votes for a majority in parliament.

Romania's three-party next ruling coalition controls about 53% of parliament seats, data from the election bureau showed.

U.S.-educated Citu, who has worked for the European Investment Bank and New Zealand's central bank, will have to put together a cabinet within 10 days of being nominated, and will then need to win a vote of confidence in parliament.

Economists say fiscal largesse by leftist-led cabinets over the past decade has brought Romania to the brink of losing its investment grade status and has failed to produce much improvement in its health service, one of the worst in Europe.

A vote of confidence to endorse the new centrist-led cabinet could take place in parliament by Dec. 23. 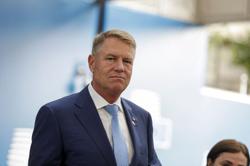