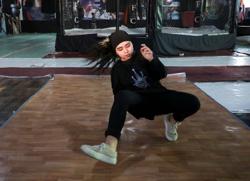 YANGON -- Myanmar's national-level Central Committee on Prevention, Control and Treatment for COVID-19 on Saturday extended the period of preventive measures to Dec. 15.

The extension will be applied to all orders, announcements, directives issued by respective union level government organizations and ministries which will expire on Monday, as part of the preventive measures to curb the spread of the disease. (Myanmar-COVID-19)

The official data showed that 14,012 samples were tested in the last 24 hours across Bangladesh. (Bangladesh-COVID-19)

The government on Nov. 19 released the findings of a landmark four-year war crimes inquiry, which found "credible evidence" that Australian soldiers murdered 39 prisoners and civilians in Afghanistan between 2005 and 2016, recommending criminal proceedings against the soldiers. (Australia-War Crimes)

According to the ministry, 4,527 more patients were discharged from hospitals, bringing the total number of recoveries to 441,983. (Indonesia-COVID-19)