NEW YORK, Oct. 7 (Xinhua) -- New York City Mayor Bill de Blasio on Wednesday announced a plan to update the 50-year-old zoning of the city's two neighborhoods to offer greater flexibility for ground floor use by businesses and arts and cultural organizations, while incentivizing the creation of new permanently affordable homes.

The SoHo/NoHo Neighborhood Plan will advance into the city's public land use review process to open two neighborhoods with exceptional access to transit, schools, jobs and other amenities to many more New Yorkers and advance the city's goals of fair housing and equitable growth, said a press release from his office.

"New York City has changed a lot in the last 50 years, and SoHo and NoHo have changed with it. Thoughtful, progressive zoning changes will pave the way for the next 50 years of growth -- while making two iconic neighborhoods more accessible than ever, and helping us rebuild a fairer and better city," the mayor was quoted as saying.

Deputy Mayor for Housing and Economic Development Vicki Been said that "the SoHo/NoHo rezoning is a critical step to promote fair housing and ensure that these two neighborhoods and New York City as a whole recover fairly and robustly."

The pandemic and the movement for racial justice make clear that all neighborhoods must pull their weight to provide safe, affordable housing options. Updating the zoning in one of the city's most iconic retail districts also will give arts and cultural organizations, retail, and other businesses more flexible options to recover, adapt, and succeed, added the deputy mayor.

The changes would cover an area generally bounded by Canal Street to the south, Houston Street and Astor Place to the north, Lafayette Street and the Bowery to the east, and Sixth Avenue and West Broadway to the west, said the release.

The area is currently mapped with zoning districts found only in the SoHo and NoHo neighborhoods, which dated to the early 1970s when vacant manufacturing buildings were being repurposed by artists and others drawn to the neighborhoods' versatile and affordable lofts.

Existing rent-regulated homes, many covered by the Loft Law, will remain protected. Rules designed in the 1970s to recognize artist live-work space would be reimagined to reflect modern live-work modes, it added.

This initiative also furthers the priorities developed in Where We Live NYC, the city's ongoing fair housing planning process, said the release.

Where We Live NYC calls for changes to ensure every neighborhood can contribute to the city's affordable housing development goals -- especially amenity-rich, high-income, disproportionately white areas like SoHo and NoHo, it added. 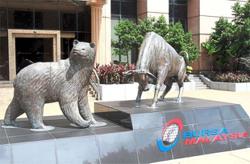