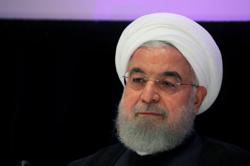 DUBAI (Reuters) - Mohammad Reza Shajarian, who revived Iran's classical music and became a symbol for the opposition after a disputed 2009 presidential election, has died in a Tehran hospital at the age of 80, state television said on Thursday.

A classical Iranian composer and singer, he tried to stay out of politics even though he initially sang in support of the movement that toppled the country’s last monarch in 1979 and ushered in the Islamic Republic.

But in 2009, when the government cracked down on protests against the disputed election that gave a second term to hardline president Mahmoud Ahmadinejad, Shajarian demanded that state media refrain from playing his music.

The government retaliated by banning Shajarian from holding concerts and releasing albums. But this appeared to only increase his appeal.

"Certainly, the grateful Iranian nation will always keep the name, memory and work of this popular artist alive in their memory," President Hassan Rouhani said on Twitter.

Videos on social media showed fans gathering at night outside Shajarian's hospital this week to sing one of his most popular songs. 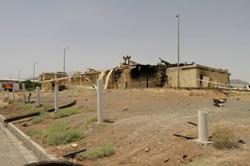