TIRANA, Sept. 19 (Xinhua) -- The 18th edition of Tirana International Film Festival (TIFF) 2020 kicked off on Saturday evening here in the Albanian capital at a time when the majority of cultural events are canceled due to the COVID-19 pandemic.

This year, TIFF organizers choose to hold the opening ceremony in an open space, at the Amphitheater of Tirana Artificial Lake.

According to Agron Domi, founder and director of the festival, a total of 230 films will be screened on the online platform of TIFF during Sept. 19-25.

Only 108 films of all categories and cinematographic genres, including those in the Albanian language, will participate in the competition ranging from fiction and live-action, animation, to documentary, experimental and video art.

The theme of this year's festival is "Picture your life, create the future".

According to Domi, the festival aims to nurture and educate future cinematic audiences with artistic films, and to draw the interest of the younger generation, whose attention nowadays is more focused on technology.

The festival was opened with Albanian film "My Lake", which is also the final work left by the film director, screenwriter and producer Gjergj Xhuvani, who died in August 2019.

The film paid homage to Xhuvani, one of the most valuable names in Albanian cinematography in the last 30 years.

All participating films will be evaluated by seven international juries comprised of leading film writers, directors, producers and critics.

Founded in 2003, TIFF is the only international film festival in Albania. Since its inception, TIFF has received over 30,000 short and feature films from over 120 countries and regions around the world including China. Out of all these applications more than 200 films can be chosen each year for the competition program. 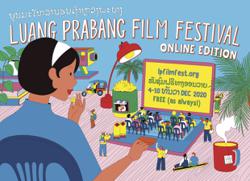 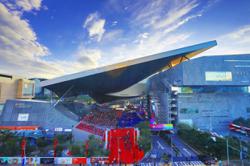