In a letter to Facebook boss Mark Zuckerberg, West Bengal's ruling party, the Trinamool Congress, said the company's recent blocking of pages and accounts in the state pointed to the links it had with the BJP.

The letter became public just hours before Facebook's India boss Ajit Mohan was due to appear before a parliamentary panel, to explain his company's content regulation policies.

"There is enough material now in the public domain, including internal memos of senior Facebook management, to substantiate the bias," Trinamool Congress spokesman Derek O' Brien wrote in an Aug. 31 letter to Zuckerberg.

"Please do all it takes to urgently work towards maintaining the integrity of your platform in the Indian electoral process."

The Trinamool letter piles more pressure on Facebook, which is the midst of a PR crisis and a political storm, following a recent Wall Street Journal story that said Ankhi Das, the U.S. tech giant's Public Policy Director for South and Central Asia, had opposed the taking down of posts by a BJP politician who labelled Muslims traitors.

The story prompted strong criticism of Facebook and Das, with the Congress Party calling for an investigation. It also pushed parliament's IT panel, headed by a Congress lawmaker, to summon Facebook.

At the time Facebook responded to WSJ by saying it banned hate speech and violence-inciting content globally without any bias. It also said it conducted regular audits of its processes for fairness and accuracy.

Menlo Park, California-headquartered Facebook has previously said it is a non-partisan platform and it will remove content that violates its community standards. 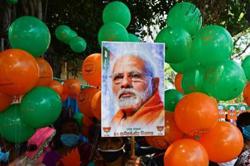 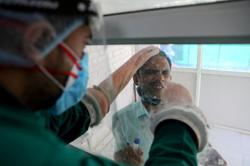