KATHMANDU, Aug. 10 (Xinhua) -- The Nepali government decided on Monday to extend suspension of domestic and international flights as well as public transport until Aug. 31 amid the COVID-19 pandemic, a minister and an aide of a minister said.

The decision came when the Himalayan country was witnessing resurgence of the COVID-19 cases since the nearly four-month long lockdown was lifted on July 22 and people's movement was eased out.

Nepali government's spokesperson and Finance and Communication Minister Yubaraj Khatiwada told The Rising Nepal, a government-owned newspaper, that domestic and international flights as well as all the public transport would be halted till Aug. 31.

An aide to a minister also confirmed the cabinet decision to Xinhua. On July 20, the Nepal's cabinet had decided to resume domestic and international flights which have remained suspended since March 22, from Aug. 17 along with the decision of lifting the lockdown.

Earlier, the Nepal's Ministry of Culture, Tourism and Civil Aviation recommended continuing to suspend flights. The Nepali government has also decided to enforce strict surveillance in the border areas and in Kathmandu Valley to monitor the human movement. 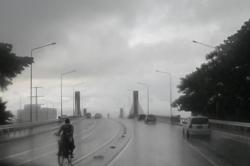 Myanmar extends suspension of international flights to end of October