Germany agrees to take in 50 young migrants from Greek islands

The move was a first step by Germany, officials said, as worries mount about the health situation in the Greek camps due to the coronavirus pandemic.

Tens of thousands of migrants tried to get into European Union member Greece after Turkey said in February it would no longer prevent them from doing so, as agreed in a 2016 deal with the EU in return for aid for Syrian refugees.

Greece has described conditions in the camps on some of its islands, where more than 40,000 asylum seekers are now stuck during the coronavirus crisis, as a "ticking health bomb".

Germany's interior ministry said on Tuesday it aimed to begin the transfer of unaccompanied minors next week from Greece, which has been the main gateway into the EU for people fleeing conflict in the Middle East and beyond.

On arrival in Germany, the young people will be placed in quarantine for two weeks before they are divided up across Germany, the ministry said, adding that other EU states had agreed to similar measures.

While the rush to the border in March met a strong response from Greek security forces, tensions have largely settled since the outbreak of the new coronavirus prompted Turkey to close its borders with Greece and Bulgaria.

Greece is urging the EU to help during the coronavirus crisis and has said it is ready to protect its islands, where no cases have so far been recorded.

Athens quarantined a migrant camp on the mainland after 23 asylum seekers tested positive for the coronavirus. 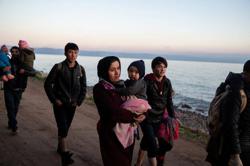 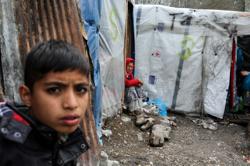 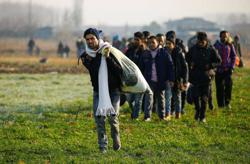