JAKARTA: A 5.7-magnitude quake in the depth of 10km under the seabed struck off Indonesia's eastern Maluku province, well known for its tourists spots in Indonesia, early Monday (May 11), the Meteorology, Climatology and Geophysics Agency said here.

The quake hit at 8:06 a.m. Jakarta time (0106 GMT) with the epicenter at 127 km northwest of Maluku Tenggara Barat district.

The Indonesia Tsunami Service Provider added that it was not powerful enough to trigger any tsunami in the region.

Indonesia sits on the so-called Ring of Fire, a 25,000-mile chain of 452 volcanoes around the edge of the tectonic place that lies beneath the Pacific Ocean.

The ring runs up past Asia and Russia, across to Alaska, and down the westerly coasts of North and South America.

Since 1850, about 90 per cent of the most powerful eruptions in the world have happened along this boundary. - Xinhua/Asian News Network
Article type: free
User access status: 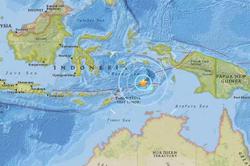 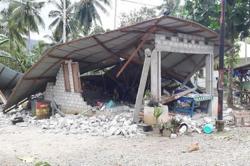 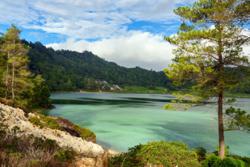