A man with a face mask against the spread of the new coronavirus walks in front of Miraitowa and Someity, mascots for the Tokyo 2020 Olympics and Paralympics at a park in Tokyo on Tuesday (April 28). Japan's Prime Minister Shinzo Abe expanded a state of emergency to all of Japan from just Tokyo and other urban areas as the virus continues to spread. - AP

TOKYO: The Covid-19 (coronavirus) cases in Japan increased by 247 to 13,860, according to the latest figures from the health ministry and local authorities on Tuesday evening (April 28), leading to the concerns that the government may extend the state of emergency period beyond the deadline May 6.

Japanese Prime Minister Shinzo Abe on Tuesday said in parliament that a decision as to whether to extend the nationwide state of emergency over the pandemic beyond May 6, the proposed deadline was pending further input from a number of different experts.

Meanwhile, the nationwide death toll from the virus has increased to a total of 420, including those from a cruise ship that was quarantined in Yokohama near Tokyo, the latest figures showed.

In Tokyo, the epicentreof Japan's outbreak, the number of Covid-19 cases has increased to 4,059, accounting for more than one-third of all the infections across the nation, followed by Osaka Prefecture with 1,553 cases.

The health ministry also said there are currently a total of 309 patients considered severely ill and are on ventilators to receive respiratory assistance or have been admitted to intensive care units for medical treatment.

Japan , Covid-19 , State of Emergency To Be Extended 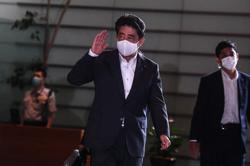 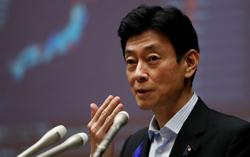