A health worker conducts a swab test for the new coronavirus on a Muslim woman, in Bogor, Indonesia, Monday, April 27, 2020. - AP

JAKARTA (Bloomberg): Indonesians can expect to resume their normal life in July, with a ramp-up in testing and isolation of those affected expected to help the nation contain the Covid-19 pandemic, a senior official said.

Health officials will continue the massive nationwide virus testing this month and next, followed by aggressive contact tracing and isolation of people exposed to those infected, Doni Manardo, chief of the nation's Covid-19 task force, told an online briefing after a Cabinet meeting on Monday (April 27).

The government expects new confirmed cases to decline from June "so that in July we can start normal life again", he said.

Indonesia is expanding a partial lockdown to more regions after initially failing to stem the spread of the pandemic with voluntary social distancing measures.

The country has the highest fatalities from the outbreak in Asia after China and India, and reported 22 more deaths in the past 24 hours, taking the total to 765.

The number of confirmed cases rose 214 to 9,096 on Monday, the Health Ministry said.

The number of new infections and deaths showed a declining trend over the past week in capital Jakarta, the epicentre of the nation's outbreak, said Dr Wiku Adisasmito, head of the expert team at Indonesia's Covid-19 Task Force.

The enforcement of large-scale social distancing measures in the city from April 10 curbed the spread of the virus and the Muslim fasting month of Ramadan, which began last week, may help further flatten the curve, he said.

The expansion of strict social distancing rules in Greater Jakarta and other large cities and a ban on the annual ritual of millions of Muslims travelling to hometowns and villages ahead of the Idul Fitri festival had seen public transport occupancy decline to about 15-20 per cent, Transport Minister Budi Karya Sumadi said.

The government is also planning to repatriate Indonesian citizens stranded in the United States, Japan, South Korea and the Middle East, he said. - Bloomberg 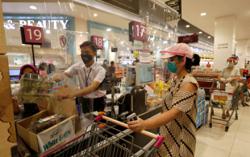 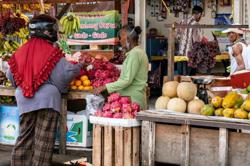