YANGON (Xinhua): Myanmar's Forest Department recently seized over 846 tonnes of illegal timber in a week, according to the Information Ministry on Thursday (April 9).

The seizures were made in the country's states, regions and Nay Pyi Taw Union Territory from March 30 to April 5.

During the period, the seized illegal timber include over 343.2 tonnes of teak, over 276.7 tonnes of hardwood and over 225.9 tonnes of other types of timber.

The forest department was quoted as saying that 45 offenders were charged while 39 vehicles and machinery were confiscated.

The forest department under the Ministry of Natural Resources and Environmental Conservation has been making efforts to crack down illegal logging and trading of forest products while implementations are being carried out for tree plantation projects in substitution. - Xinhua Over 258 tonnes of illegal timber seized in Myanmar 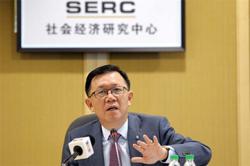