Cambodia's Prime Minister Hun Sen speaking to the media during a press conference at the Peace Palace in Phnom Penh on Tuesday (April 7). Cambodia decided to temporarily close all massage parlours and health spas across the kingdom in order to prevent the spread of the Covid-19 outbreak. - AFP

PHNOM PENH: Cambodia decided to temporarily close all massage parlours and health spas across the kingdom in order to prevent the spread of the Covid-19 (Coronavirus) outbreak, Tourism Minister Thong Khon said on Tuesday (April 7).

In a letter sent to governors of all cities and provinces, the minister asked them to take action to shut down all massage parlors and health spas from April 7 until a new notice.

He said the closure was made following a piece of advice from the Ministry of Health and a meeting of the National Committee for Combating Covid-19.

The South-East Asian country has so far recorded a total of 115 confirmed cases of the virus, with 58 patients cured, according to a Ministry of Health's statement on Tuesday.

In an effort to stem the virus spread, the kingdom decided to impose temporary entry restrictions for all foreign travelers for one month since late last month. 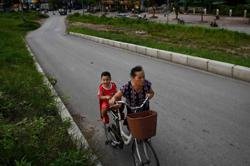 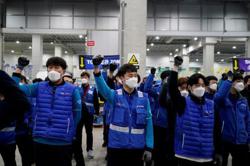 Explainer: Can you catch COVID-19 from delivered packages? 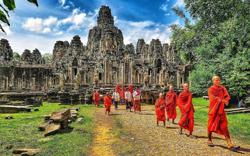 Hotels, guesthouses in Cambodia province suspended, closed due to Covid-19