A woman walking in front of the Azuma Ball Park in Fukushima, Fukushima Prefecture, Japan. The women's Olympic qualifying playoff matches between China and South Korea is put off to June, the Federation Internationale de Football Association (FIFA) confirmed on Monday (March 9). - AP

BEIJING: 2022 World Cup qualifiers in the AFC zone, which were originally scheduled to be held in March and June this year, will be postponed due to Covid-19 (coronavirus) outbreak.

"Matches originally scheduled to take place during the international window of March 23-31 and June 1-9 are postponed to later dates. FIFA and the Asian Football Confederation(AFC) will discuss further details of the postponed matches," FIFA said in the statement as the nearest feasible international window after June will be in October this year.

FIFA also noted that the match(es) could still be played in March and June 2020 if member associations could meet all requirements for safety and then apply for the approval of FIFA and AFC.

In order to discuss the influence of the epidemic in Asia, AFC held emergency meetings on March 2 and 8, while FIFA sent official proposals to relevant member associations last Thursday, noting that "the well-being and health of all individuals involved in football matches remain the highest priority."

With the postponement of the upcoming matches to be held in Thailand against the Maldives and Guam in late March, Team China cancelled the schedule to Thailand and will stay in Dubai, the United Arab Emirates for the training camp until March 25.

In the statement, FIFA also confirmed the women's Olympic qualifiers play-off between China and South Korea will take place during the international window of June 1 to 10, 2020.

"According to the original schedule, the matches will be held on March 6th and 12th in Yongin, South Korea and Sydney, Australia. Due to the impact of the epidemic, AFC previously announced that the qualifiers will be postponed to April 9 and 14. In the AFC emergency meeting on March 2, CFA and our counterpart in South Korea proposed the new plan to play the matches in June," said China's football governing body.

In addition, FIFA and the AFC have also agreed to postpone the AFC Futsal Championship Turkmenistan 2020, which serves as the qualifiers for the FIFA Futsal World Cup Lithuania 2020, until August 5 to 10, 2020.

"FIFA and the AFC will continue to assess the situation in relation to COVID-19 and will decide whether further changes to the schedule of Asian FIFA World Cup 2022 qualifiers are required, always with the aim of protecting the safety and health of all individuals involved," said FIFA's statement. - Xinhua/Asian News Network
Article type: free
User access status: 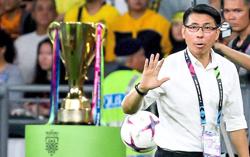