WUHAN (China Daily/ANN): A new lab for testing the novel coronavirus that has been causing an increasing number of deaths in Wuhan was put into use on Wednesday (Feb 5), within seven days of construction, and is expected to greatly facilitate diagnoses of the disease.

The lab, named Fire Eye, has a floor area of nearly 2,000sq m and is capable of handling 10,000 samples a day, according to BGI, a leading Chinese company in life science.

It is equipped with the latest facilities and technology developed by the company for safe and highly efficient testing of the nucleic acid of the virus, the company said.

The project began construction on Jan 29, according to the Second Harbor Engineering, which is affiliated with State-owned China Communications Construction.

Nearly 300 workers and more than 20 vehicles participated in the construction, it said.

The lab was built amid a rapidly increasing number of pneumonia patients in Hubei province, including its capital city Wuhan, the heart of the epidemic that has put medical facilities in the city under an immense burden to test and diagnose the virus.

The number of institutes certified for nucleic acid tests for the virus in Wuhan has increased to 31. Altogether, they are capable of testing 4,000 virus samples every day, according to the city's health authority.

Many hospitals in the city have recently increased staff and put them on shifts to provide services 24 hours a day to handle the large number of virus samples so suspected patients can get confirmed and diagnosed as soon as possible, the city's health commission said.

Liu Juan, a deputy director of the residential committee of Weiqun community, in Wuhan, said due to the large number of patients, some suspected cases in the community cannot get timely nucleic acid tests, which can confirm whether a person is infected. This has delayed diagnoses and treatment for them, she said. - China Daily/Asia News Network 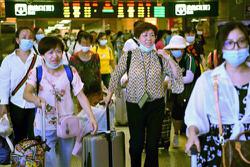