The virus can't survive long on seats or armrests, so physical contact with another person carries the greatest risk of infection on a flight, according to a medical adviser to the world's airlines. - EPA-EFE

SINGAPORE (Bloomberg): Forget face masks and rubber gloves. The best way to avoid the coronavirus is frequent hand washing, according to a medical adviser to the world's airlines.

The virus cannot survive long on seats or armrests, so physical contact with another person carries the greatest risk of infection on a flight, said Dr David Powell, a physician and medical adviser to the International Air Transport Association (Iata). Masks and gloves do a better job of spreading bugs than stopping them, he said.

As concern mounts about the scale of the outbreak, carriers from United Airlines to Cathay Pacific have scrapped thousands of flights to China.

Here is an edited transcript from an interview with Dr Powell. Iata represents about 290 airlines and more than 80 per cent of global air traffic.

Q: Is there a risk of becoming contaminated with the virus on a plane?

A: The risk of catching a serious viral infection on an aircraft is low. The air supply to a modern airliner is very different from a movie theatre or an office building. The air is a combination of fresh air and recirculated air, about half each. The recirculated air goes through filters of the exact same type that we use in surgical operating theatres. That supplied air is guaranteed to be 99.97 per cent (or better) free of viruses and other particles. So the risk, if there is one, does not come from the supplied air. It comes from other people.

Q: What are the chances of getting the virus by touching the seats, armrest or any of the objects on a plane?

A: Viruses and other microbes like to live on living surfaces like us. Just shaking hands with somebody will be a greater risk by far than some dry surface that has no biological material on it.

The survival of viruses on surfaces isn't great, so it's believed that normal cleaning, and then the extra cleaning in the event that someone was discovered to be contagious, is the appropriate procedure. Will people stop getting together inside an airplane?

I would respond by asking: Will I stop going to the movies, or sports games, or concerts or conferences? I don't think so.

Q: What's important if you are on a plane to ensure you don't get infected?

A: Hand hygiene - because contrary to what people think, the hands are the way that these viruses most efficiently spread. Top of the list is frequent hand washing, hand sanitising, or both. Avoid touching your face. If you cough or sneeze, it's important to cover your face with a sleeve. Better yet, a tissue to be disposed of carefully, and then sanitising the hands afterward. Washing your hands and drying them is the best procedure. When that's not easy to do, an alcohol-based sanitiser is a good second-best.

A: First of all, masks. There's very limited evidence of benefit, if any, in a casual situation. Masks are useful for those who are unwell to protect other people from them.

But wearing a mask all the time will be ineffective. It will allow viruses to be transmitted around it, through it and worse still, if it becomes moist, it will encourage the growth of viruses and bacteria.

Gloves are probably even worse because people put on gloves and then touch everything they would have touched with their hands.

So it just becomes another way of transferring micro-organisms. And inside the gloves, your hands get hot and sweaty, which is a really good environment for microbes to grow.

Q: Is shutting borders the answer to containing the spread of the virus?

A: One thing that's changed in the world is the ability for infections to travel rapidly from one location to another and it's true that aviation is part of that.

At the same time, aviation is essential to dealing with outbreaks like this. And this is why we have collaboration with the World Health Organization (WHO) and Iata that's been in place for several years.

If countries just shut down during disease outbreaks, as happened in west Africa with Ebola, that can make things much worse. During that outbreak, the country struggled, WHO couldn't get their people in, they couldn't get biological samples out.

The economic impact of being shut off made things worse. General travel bans can make things worse. It can encourage people to travel in secret, which means you lose control of it.

Q: When can we safely say that the worst may be over?

A: The number of cases have continued to increase at around about 16 per cent to 20 per cent each day. Until we get to the point where those numbers are declining, we couldn't say we turned the corner. - Bloomberg 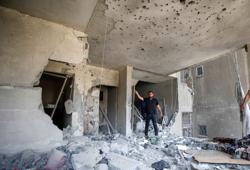