VIENTIANE (Vientiane Times/ANN): Laos is planning to proceed to the second evaluation of implementation measures for Anti Money Laundering and Combating the Financing of Terrorism (AML/CFT) in March this year.

The status assessment will be carried out by the Asia/Pacific Group on Money Laundering, of which Laos is a member.

Vice Governor of the Bank of the Lao PDR, Phoutthaxay Sivilay, explained the situation concerning AML/CFT to media at a meeting on Monday (Jan 13) and also talked about preparations for the second evaluation of AML/CFT.

Phoutthaxay, who co-chaired the meeting, said the government had paid close attention to setting up regulations, laws and a National Coordination Committee for Anti-Money Laundering and Counter-Financing of Tourism.

Laos had its first evaluation in 2010 and was ranked in the dark grey list of the Financial Action Task Force (FATF). It showed that the country was at risk of money laundering and terrorism financing activities.

However, Laos continued to work through the pending issues, and the country was removed from the list in 2017.

Deputy Minister of Information, Culture and Tourism, Savankhone Razmountry, who co-chaired the meeting, said it was vital that editors and journalists made the public aware of the problem of money laundering and the financing of terrorism.

Savankhone added it was the first time that this specific briefing was organised for the media even though there has been past reporting of AML/CFT.

He urged the media to keep abreast of developments and actively disseminate information on these issues to create trust in local finance and investment.

“Laos has 24 related regulations. So the media must read and understand them and report this to the public, ” Savankhone added.

According to an official of the National Coordination Committee for Anti-Money Laundering and Counter-Financing of Terrorism, Chindamay Vilayhongs, who presented information at the meeting, all regulations had been prepared for the evaluation.

Under the evaluation agenda, the committee will send the regulations to the Asia/Pacific Group on Money Laundering in March, followed by a report on implementation measures to be submitted in June.

Over the following two months, officials from the Asia/Pacific Group on Money Laundering will come to Laos to check all related processes.

In March and April next year, the committee will meet with the Asia/Pacific Group on Money Laundering, then in July 2021 the FATF will update the AML/CFT status of Laos. - Vientiane Times/Asia News Network 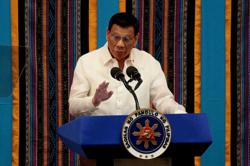