Normanton Park was sold en bloc in 2017 to Chinese developer Kingsford Huray Development for S$830.1mil. The main contractor for the site is MCC Singapore, a subsidiary of a China state-owned enterprise, - The Straits Times/ANN

Beijing/Singapore (Dec 1, ANN): The cranes and their operators are hard at work at the former Normanton Park, preparing the 6.14ha site for a new residential estate. Home to many Singapore Armed Forces staff and their families since the 1970s, it was sold en bloc in 2017 to Chinese developer Kingsford Huray Development for S$830.1mil.

The Chinese connection does not end there. The main contractor hired to develop the site is MCC Singapore, a subsidiary of China Metallurgical Group Corporation (MCC Group), a China state-owned enterprise and one of the world’s largest contractors of metallurgical construction.

It is hard to miss China’s growing presence across the island and the infusion of Chinese money into Singapore’s economy.

In Chinatown, a 15-minute drive away, local Chinese eateries and stores have been edged out by Sichuan mala restaurants. At MRT stations and bus terminals in the heartland, Old Chang Kee curry puffs now compete with shaobing, the ubiquitous snack in China.

These are just the most obvious signs of Chinese investment in Singapore, which started to take off around 2005.

The latest official figures, released by the Department of Statistics (DOS) last month, show that China had pumped in a cumulative S$41.8bil into Singapore by end-2018 – a sum that brings with it not only China’s economic involvement and cultural influences, but also its work practices.

The jump is especially stark when cumulative investment from all countries grew just 4.4 times in the same time period. Official 2019 figures are not yet available.

China’s investments in Singapore still trail behind that of some traditional major players such as the United States, which had invested US$292.5bil by the end of last year, the Netherlands (S$127.8bil) and Japan (S$117.9bil).

From 2005 to date, China has invested US$47.7bil (S$65.2bil) in Indonesia, US$44.4bil in Malaysia, US$29bil in India and US$9.4bil in Thailand, according to the China Global Investment Tracker published by the Washington-based think-tank American Enterprise Institute.

As for countries with population sizes similar to Singapore’s – such as Denmark and Finland – Chinese investments came to US$1.4bil and US$16.4bil, respectively.

The unprecedented growth in China’s investments in Singapore is driven by Chinese companies and entrepreneurs looking farther afield as the East Asian giant’s domestic economy has slowed for much of the last decade.

“China has become the world’s production centre, but costs have also risen over time. Many companies have recalibrated their local presence (in China) as the business model of China is shifting rapidly from low-cost and export-focused to centring on innovation and domestic consumption, ” said Ivan Ng Wei Chean, a keen China watcher who has worked for multinational companies in the fast-moving consumer goods sector, looking after their markets in the Asia-Pacific and China for the last 15 years.

“However, domestic consumption is slowing, people are cutting costs and the trade war is intensifying the situation, ” said Ng, who is now chief operating officer of NavInfo DataTech, a China-Singapore joint venture company specialising in high-precision mapping and positioning.

According to data from China’s National Bureau of Statistics, its gross domestic product grew 6 per cent year on year in the third quarter of this year. That accelerated decline in growth in the last quarter was also China’s lowest quarterly economic expansion since record-keeping began 27 years ago, in 1992.

Ng said: “They (Chinese companies) want to expand to new markets, grow their business. They know their home ground is slowing down and they have to find new markets to expand into and maintain revenue growth.”

In city malls and heartland shopping hubs in Singapore, it is now common to find branches of China’s state-owned commercial banks, like Bank of China and Industrial and Commercial Bank of China – a feature that is borne out by the data.

Chinese investments are highest in the finance and insurance sector, followed by wholesale and retail, Singapore’s official statistics show.

Flush with cash but faced with limited opportunities in China, large investors have been looking over the past two to three years to grow their capital in areas with potential for growth, such as South-east Asia.

As seen recently, more fund managers who were previously based in China have set up offices in Singapore to help their clients invest in private equity markets in this region.

The influx of Chinese money has meant more Chinese settling in Singapore over the years, bringing with them their work ethic as well as social and cultural influences.

Many, too, have taken up citizenship. By end-2010 – the latest statistics available – there were 175,155 new citizens and permanent residents from China, including Hong Kong and Macau, according to the Department of Statistics.

Many Chinese companies that have set up operations in South-east Asia, including Singapore, have tended to transplant managers and workers from China, hoping to replicate on foreign soil their successes back home.

But Chinese investors, like construction company MCC Singapore, which set up its Singapore office in 1992, quickly found that such shortcuts did not work because the people did not understand local cultures.

“When we recognised the issue was in localisation, we decided to let local talent outnumber Chinese expatriates so that the company would be steered more like a Singapore ship, ” said Tan Zhiyong, chief executive of MCC Singapore, and a permanent resident. - The Straits Times/ANN 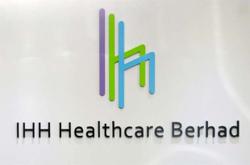