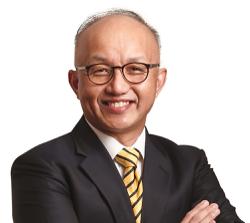 KUALA LUMPUR (ANN): Thousands of bank accounts belonging to Malaysia's legal foreign residents have been terminated, many of them migrants from Muslim-majority countries on United States terror sponsorship watchlists.

This has raised accusations from those affected of discrimination by the Malaysian banking network. The move to shut their accounts started at least six months ago.

The two largest Malaysian banks involved in the move, Maybank and CIMB Bank, have not come forward to explain the reasons for shutting the accounts.

Efforts to get responses from the Malaysian central bank and from these two banks were unsuccessful.

At least 4,353 of these foreign individuals have signed a petition launched in May directed at the two banks to lift the ban.

The Straits Times has learnt that the main reason the two Malaysian banks shut down the accounts of these foreigners were the financial institutions’ aversion to potential money laundering and terrorism financing cases. Many of the nationalities affected are in the US' State Sponsors of Terrorism, the global Financial Action Task Force and other American-endorsed anti-terrorism lists.

A source said this was done to "minimise risks to its business", especially when dealing with the United States, following the advice from the banks' anti-money laundering board.

"Regrettably, we are unable to provide any comments to the queries posted. However, individuals who are facing such issues may contact ABM directly for assistance," Association of Banks Malaysia's executive director Kalpana Sambasivamurthy told The Straits Times when contacted.

Asked if the practice was allowed, a source told The Straits Times: "The only ruling that Bank Negara Malaysia has is that whatever decision that is made by a bank must be consistent with its risk appetite, as they can't just discriminate as they like.

"Whether they can do this or not, the answer is, they can, as long as they're consistent and not discriminatory. If the parameter is nationality, then the accounts of everyone in the nationality would be treated the same."

Prime Minister Mahathir Mohamad, asked why some bank accounts of Iranians in Malaysia were terminated, said on Wednesday (Oct 30):

"Our ties with Iran is very good. But we face some very strong pressure from certain quarters, which you may guess.

"We are forced to do this because if we don't, they will close our banks aboard," he told reporters after attending an official meeting, The Star reported. He described the move as "a kind of bullying by powerful people".

Meanwhile, although most of the account holders were cleared by Malaysia's Counter Terrorism Division, the banks were apparently not taking any chances.

"In this case, it's obvious that instead of practising the 'know your customer' approach, it's 'easier' for the banks to just launch a blanket ban," the banking source said.

This has sparked outrage among those affected. Their online petition condemned the move, criticising Maybank and CIMB for their decision to terminate the accounts of these foreigners who have legal papers to be in Malaysia.

Iranian citizen Reza Ganji, who is behind the petition, claimed that the closures are based on "ethnicity and race" and it was nothing short of "ethnic profiling and racial discrimination".

"The selective closure of our bank accounts is affecting our daily lives as legal Malaysian residents, both as employees and students," he wrote in the petition. "We've limited or no access to financial services but yet we are tirelessly contributing to the professional work force in the country and giving local colleges and university millions of ringgit in business."

Ganji, who works at a Malaysian university, added: "Sanctions do not prohibit or target ordinary people but banking restrictions mean there is no way for normal people to use financial services.

"It is our strong opinion that the closures are based on ethnicity and race. We are ordinary people who contribute to the society of Malaysia but are victims of racism by so-called reputable banks. This is ethnic profiling and racial discrimination in Malaysia," he added.

Syrian Abdulrahman Kreaeeh, a senior software engineer and technical lead at a Malaysian firm, told The Straits Times that he was left in the dark when his CIMB account was terminated.

"They wouldn't say why they decided to close my account. I've been staying here for the past eight years and my salary is paid through CIMB. It is very inconvenient to receive my salary with this closure," said the 28-year-old.

Another Syrian, Anas Semesmieh, a 29-year old software engineer, said he first learnt of the closure when he received a letter from the bank a month before his account was terminated.

"I went to CIMB to inquire but even the branch manager had no idea what the letter was for and why, but the assistant told me it was because of my nationality and there are sanctions on that, as well as being flagged for being from a high-risk country," he said.

Iranian senior software engineer Belal Haikal, 30, shared that some of his peers had to resort to getting their salaries credited into a friend's account to have access to their own money.

"It's not only a hassle, but it touches on security as well. My Maybank account was terminated without any reason given. Some of us went to the bank to inquire, they (bank officers) took our debit cards and broke it to prevent us from using it."

"In some cases, they would only start terminating our account when we visit the bank. So some of us (whose accounts are still active) now refrain from doing any over-the-counter transactions," he said. - The Straits Times / Asia News Network 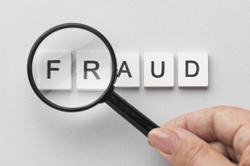 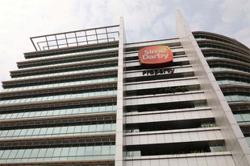