A nine-year-old boy in central China has given his father the best birthday present ever – a life-saving bone marrow transplant – after deliberately gaining 18kg so that he could be a donor.

His father, Lu Yanheng, had for years battled a debilitating type of blood cancer that had left him almost bedridden at home in Henan province, Beijing Youth Daily reported on Tuesday.

Lu finally told his children last year that he had cancer, one of the myelodysplastic syndromes (MDS), and that he needed a spinal bone marrow transplant to treat the condition.

His two sons and daughter all wanted to donate their spinal marrow, but it was his eldest son, Lu Zikuan, who turned out to be a match back in February, according to the report.

The only problem was, Zikuan did not weigh enough to be a donor.

He had to gain at least 15kg to be able to undergo the transplant procedure, so the family in Hui county, Longnan, set about achieving the goal. 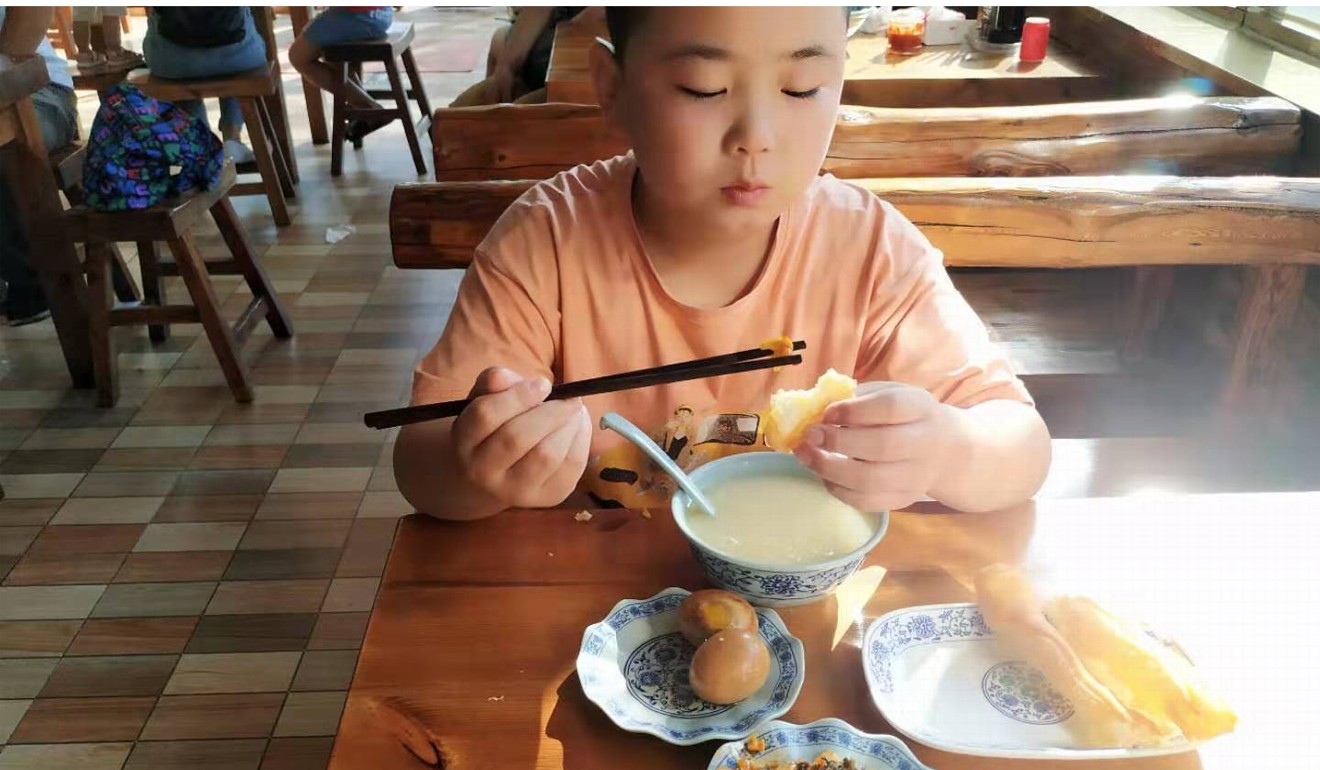 Although the family is not well-off, he was given the most nutritious food they could afford.

For months, Zikuan had five meals a day, including a bowl of noodles and a small carton of milk every night before bed.

The little boy was also treated to soy-braised pork every day – a dish the family rarely had previously because of the cost. His siblings sometimes gave their portions to their brother, who told the newspaper that while it was great fun to start with, he sometimes felt too full and could barely swallow all the food. Sometimes he got a stomach ache and would have to lie down and have a rest. He said the rapid weight gain was uncomfortable.

Zikuan was also teased at school for “growing fat but not tall”, until the principal stepped in and he was left alone.

Should children diet? App may help them lose weight, but won’t keep them healthy, experts say

By July, he weighed in at 48kg – finally meeting the requirement to donate spinal marrow, according to the report.

The family then travelled to Beijing for the transplant at Peking University’s People’s Hospital, and the procedure to extract Zikuan’s bone marrow began on September 9 – his father’s birthday.

Lu was overwhelmed with his son’s act, taking to social media to express his gratitude.

“This is a day I will never forget – my son gave me the hope to live on my birthday. I thank my son for everything he has done for me,” the father wrote in a post on microblog site Weibo. “He said he had pain in his leg and back ... this is too much for a child.” 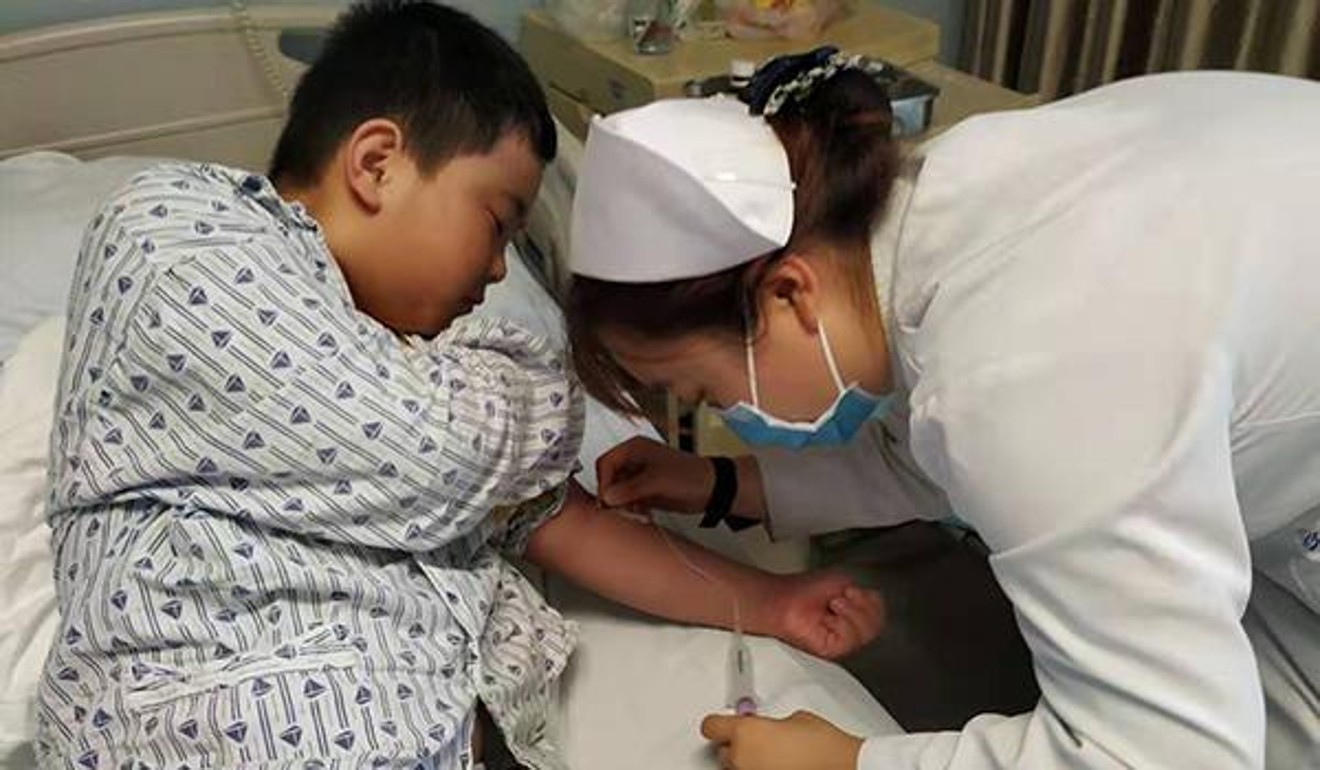 The family has received an outpouring of sympathy and support after their story was told in state media. Donations of more than 800,000 yuan (US$113,000) poured in to help pay for Lu’s treatment after people across the country saw a video report by state news agency China News Service.

“Everyone has the responsibility to take care of their parents, and in this sense, Lu Zikuan only did what he should have done. But the public are still deeply touched by this because it shows a child’s courage and ease when it comes to matters of life and death,” a commentary in the newspaper said.

His father is recovering well from the transplant and will be transferred out of intensive care in two weeks, according to Beijing Youth Daily.

Zikuan, meanwhile, is out of hospital and on a diet – he hopes to get back to about 30kg – and is looking forward to going back to school after a few more rest days.