Gaming industry in Indonesia striving to level up

Game on: Indonesian youths sitting on a counter while playing games at a game centre surrounded by floodwaters after seasonal rains in this file picture. — AFP

JAKARTA: Rima, 36, considers video games dangerous for her children, hence her decision to limit the amount of time they are allowed to spend gaming.

“I need to limit the playtime so that they will not become addicted to video games, ” said Rima.

Vonny, a 40-year-old mother of two, voiced a similar view, saying most video games were good only for entertainment and did nothing to develop her children.

However, with each passing year, it becomes more and more likely that the perception of video games will change, as the industry shows great promise.

E-sports, a form of competitive video gaming, is growing in popularity in Indonesia. It made its debut at last year’s Asian Games in Jakarta and will have its own competition at the 2019 South-East Asian Games in the Philippines in November.

A study by gaming and e-sports analytics company Newzoo estimated that the global video game market will generate US$152.1bil (RM636bil) in revenues this year, an increase of 9.6% year-on-year.

Furthermore, Indonesia is projected to be one of the largest gaming markets in the Asia-Pacific with estimated revenue of US$941mil (RM3.9bil), almost a tenth of the government’s projected healthcare spending for 2019.

“However, most of the revenue went to other countries because most video games played in Indonesia are developed by foreign game creators, ” Indonesian Gaming Association (AGI) president Cipto Adiguno said. — The Jakarta Post/Asia News Network 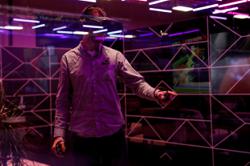