One of China’s most notorious internet celebrities has been freed from jail after serving a five-year term for operating illegal casinos in Beijing, but despite huge interest in the case, mainstream media largely stayed away from reporting her release.

Guo Meimei, a 28-year-old socialite and online celebrity, was at the centre of a nationwide scandal back in 2011 when she flaunted her flashy lifestyle on social media to millions of followers, while falsely claiming that she worked at a firm linked to the state-backed Red Cross Society of China.

The scandal badly tarnished the Red Cross’ reputation in China even though the organisation denied any links with Guo, who became a poster girl for the worst excesses of China’s wealthy elite.

Two weeks ago, reports that the socialite would soon be released appeared in Chinese news outlets including Thepaper.cn, NetEase, Toutiao and even Xinmin Weekly – a magazine affiliated with Shanghai’s Communist Party propaganda department.

But when Guo was actually freed in the early hours of Saturday, it was only reported by some of the smaller media outlets on the mainland.

Photos of a woman dressed in black, said to be Guo, leaving the Hunan Women’s Prison in Changsha at around 2am were also circulated on Weibo, China’s Twitter-like social media platform. 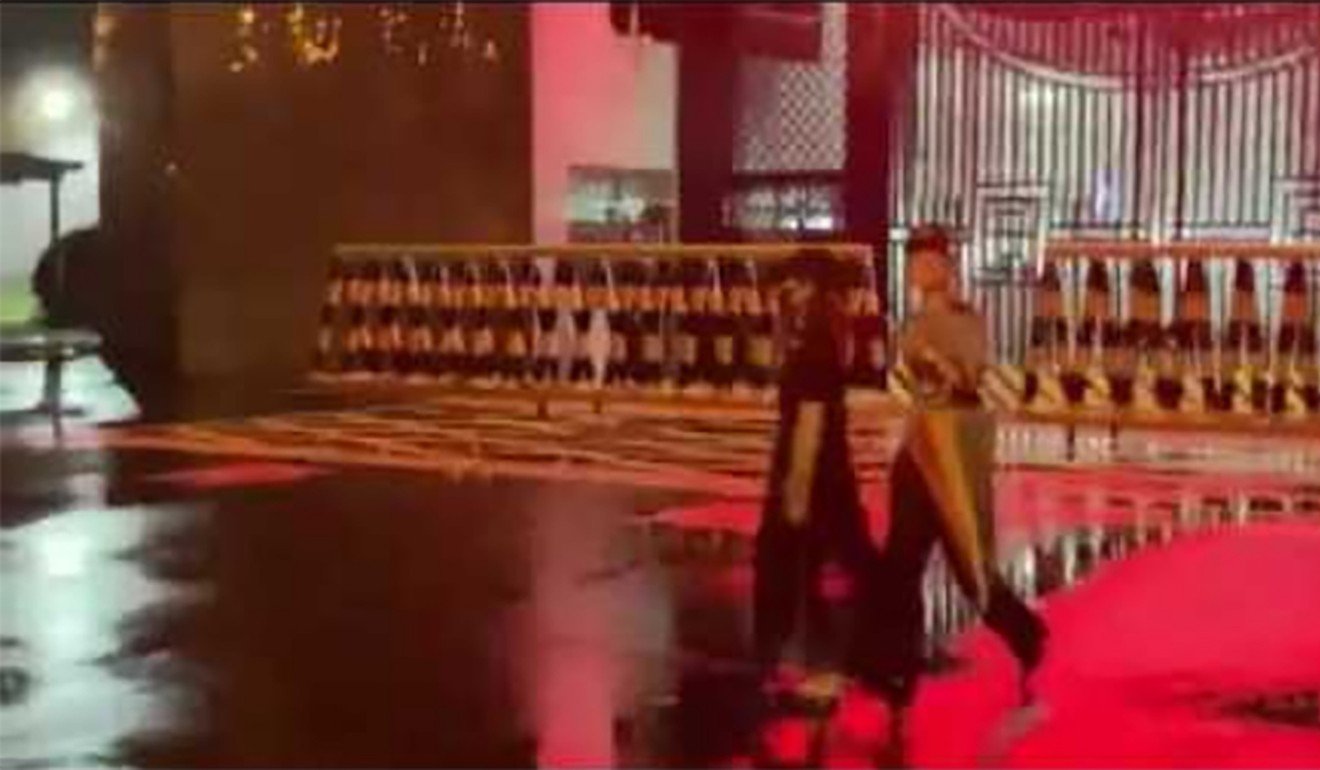 A report on Guo’s release did appear on News.163.com, which is owned by internet firm NetEase, but was later removed.

Meanwhile, earlier reports about Guo’s expected release by mainstream news sites including Sina, NetEase, Toutiao and Sohu had all been taken down on Saturday. Shanghai-based news outlet Thepaper.cn was the first to report, at the start of this month, that Guo was to be released on July 13 – but that story had also disappeared.

Guo was detained in 2014 on suspicion of running gambling sessions, engaging in prostitution and posting fraudulent information online during the World Cup.

She admitted in court that she had taken part in illegal gambling and had invited people to play high-stakes poker at a flat in Beijing, but denied running an illegal casino.

She also confessed in a live broadcast on state-run CCTV that her lifestyle was financed by her wealthy “sugar daddy” lovers and that she had sexual relationships with a number of men for money.

Before her arrest, Guo had drawn attention for regularly posting photos of herself posing with luxury cars and designer clothing on her Weibo profile. The case highlighted a phenomenon in China of individuals, regardless of their background, flaunting their wealth and extravagance on social media.

But China has sought to tighten control of online content in the past few years, including celebrity gossip and entertainment news, in order to “clean up public opinion”. Among the social media accounts deleted by the censors was that of prominent paparazzo Zhuo Wei, who is known for exposing the affairs of Chinese film stars.