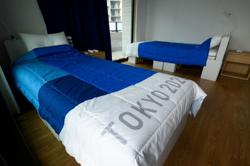 Malaysia has shut down hundreds of illegal recycling facilities and is shipping the plastic waste back to the country of origin. — AFP

IN the short span of time since China banned the import of 24 categories of recyclable waste last year, South-East Asia has become the top destination for these materials, a high proportion of which comprises various forms of plastic.

The main sources of such waste are the advanced economies, where the labour-intensive business of recycling, which often involves sorting by hand, is uneconomic compared to the relatively low cost of shipping waste overseas. South-East Asia is viewed as an attractive destination because it has importers and waste-processing facilities – many of them illegal – as well as relatively lax environmental regulations.

As a result, less than a year after China’s ban, hundreds of rural areas in Malaysia, Indonesia, Thailand and the Philippines have become dumping grounds. This has devastated local environments, causing water contamination, the clogging of rivers, poisoning of marine life, crop damage as well as severe health problems for millions of residents. Peoples’ livelihoods and local economies have also been disrupted. This has led to a strong backlash from local communities as well as environmental activists, who often face resistance from vested interests.

In recent months, however, governments in the region have become more active. Malaysia has shut down hundreds of illegal recycling facilities and taken their operators to court. Indonesia and the Philippines started shipping containers of household trash and hazardous waste back to their countries of origin. Governments have also moved to tighten their environmental regulations. For instance, Malaysia, Thailand and Vietnam temporarily banned the import of plastic scrap and plan to ban the use of single-use plastics by 2030.

But the issue of dumping also involves exporting countries. Fortunately, there is now an international treaty that will require them to tighten their regulations as well. In May, the Basel Convention – which governs the global movement of hazardous waste and is signed by 187 countries – was amended to make the export of non-recyclable plastic waste to developing countries illegal without their consent. The amendment takes effect next year and should make the global trade in plastic waste better regulated. Worldwide, companies will need to redesign products and packaging to make them more easily recyclable. In South-East Asia, the problem involves not just the import, but also the domestic production and consumption of plastics, which would require greater awareness of their environmental dangers. As these challenges are cross-border in nature – which need addressing at both ends of the supply chain – a global strategy to tackle waste management will be needed. Thus, while there has been some progress, the battle against toxic waste still has a long way to go. – The Straits Times/Asia News Network